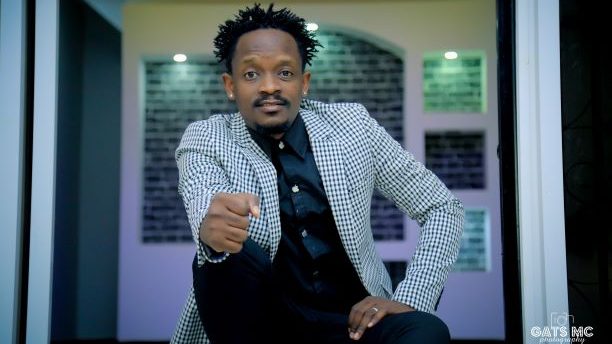 UBC’s Calvin Kalule, popularly known as Calvin the Entertainer will be hosting his Take over party this Saturday, July 20, 2019, at Freedom City in celebration of his 11-year media journey. Matooke Republic caught up with him and he narrated his journey and what people should anticipate at his maiden concert.

What don’t people know about Calvin?

I am a reserved person, some people say I am not outgoing I only go out when there’s a reason for me to go out.  I only go to places where I am invited. I am a family man.

What drives you to keep doing what you do?

Television/media. It has always been passion – passion over everything. I remember when I had just started out I wasn’t paid but along the way, you discover more about yourself, your potential and as you keeping growing,  money comes.

Do you face any challenges? If yes, what are they and how do you deal with them?

Challenges are always there for instance in my current setting. There are things you need for a better production but sometimes you can’t easily get them. Why? Because of priorities; things you might consider as key to you but are not key to another person but there’s always a way to go about it.

How I deal with them! Well, I also love challenging myself. The secret is to be self-driven, push for what you want, act like you want it, and sometimes you do get it, aim at being better.

What should we expect on the Takeover Party?

Take over Party is going to be mega and massive like I have always told people. It is a celebration of my 11 years in the industry as a media personality. In these 11 years, I must say I have done quite a lot like supporting talent, looking out for them, guiding artistes, lots of challenges, achievements and it is worth celebrating.

We have a lineup of over 35 artistes ready to celebrate the day with me. Performances will kick off as early as 2pm till as far as midnight. We shall be celebrating life, this revolution of Ugandan Music.

Why did you choose now?

All artistes have been supportive. People will be supportive after they feel like you have contributed something. I am running one of the biggest shows in Uganda. I have always known that people watch my show. The live audience proved to us that we are ready and the fans kept asking me to do something.

Some many artistes have also in the past asked me to plan something so I had to do some bit of savings and I feel like I am now ready. I have people that first watched me when they were in primary that are now at university or others are now working.

I was looking at a place that would favour both my downtown people and also the high-class people. That is why I didn’t choose Serena.

Besides Television, what else do you do?

I am a full-time family man, I engage in farming and also do a lot of content writing. I script most of the programs.  I am the person that started Magic One now Magic 1 HD.

Why haven’t you left UBC?

UBC has opened many doors for me. UBC is a national broadcaster with big coverage. By the time I joined UBC, it was known for the old and I have been able to change that.

I have learnt to produce and direct. I am well paid, they have helped me to grow through the ranks. I was offered a chance to start up a channel.

And besides that, I wish to move from being a presenter into a bigger position. People who support you and are your fans will still support you no matter where you go. The difference is just in the logo. Though I haven’t got a deal yet that is good enough maybe if I get a better deal with time.

What has been your biggest achievement?

I must say there has been quite a number. Starting Magic One was a big achievement because I have always dreamt of starting up a Television and I am sure God willing, I will start up my own.  I haven’t done this alone but being able to influence the music industry, the video quality has changed, seeing new artistes dominating, for instance, Ykee Benda – only four years in the game and he can sell-out concerts.

Back in the day, when any artistes wanted to blow out, they needed to be connected to the big three musicians which is not the case right now.

The Ugandan music industry is growing, there’s a lot of experimenting going on.  It is more vibrant, everyone is trying to get their share of the cake. You see a new artiste shooting a video of Shs15 million, that is a sign that there’s money in the industry.  However, I hope to see more labels because currently, I think we have Swangz Avenue, Team No Sleep and UG Records.

What has been your contribution to the industry?

I have provided a lot of guidance to the musicians. I have a one-on-one with many artistes. I have managed some artistes before.

What is your opinion about Fresh Daddy?

I don’t consider Fresh Daddy as a musician. I think he comes off as an entertainer. We shouldn’t fight him if it is paying his bills at the end of the day, we are all working to pay bills. He is not different from other people like Don Zella and Bad Black, though Fresh Daddy has received more hype. Let him boom with his clownery as long as he can make it last. If comedians can survive and earn off jokes why not Fresh Daddy?

What is your view about musicians joining politics?

When people feel disappointed by those who they presumed to be intelligent, the doctors, teachers, lawyers don’t front their interests then why not? We also have some geniuses in the industry, maybe they will be better representatives. I think musicians are just capable as any other professionals only that some may consider joining politics as an escape route following failed music careers while some have genuine intentions for the country.

There are a lot of responsibilities behind my beauty – Spice Diana