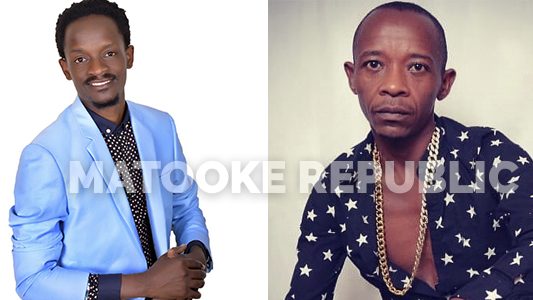 Uganda Broadcasting Corporation (UBC) Horizon Vibe host, Calvin Kalule, popularly known as Calvin the Entertainer is one of the modern-age veterans when it comes to presentation of issues concerning the local entertainment industry.

When asked in an exclusive with Matooke Republic about the ongoing standoff between fellow MC, Kats of NBS TV and singer, Kalifah AgaNaga who now doubles as the manager, Paul Mutabazi aka Fresh Daddy, Calvin said it is not worth it to fight a man whose only claim to fame is his son, Fresh Kid.

“I don’t consider Fresh Daddy as a musician. I think he comes off well as an entertainer,” Calvin said.

Just like his new song Mazike, Calvin said the public should allow Fresh Daddy to earn a living from the industry because it is capable of accommodating all Ugandans.

“I think we shouldn’t fight him. If it is paying his bills at the end of the day we are all working to pay bills. Let him boom with his clownery as long as he can make it last,” Calvin said.

Calvin is celebrating 11 years on television with a show dubbed Take over Party slated for Saturday, July 20, at Freedom City.