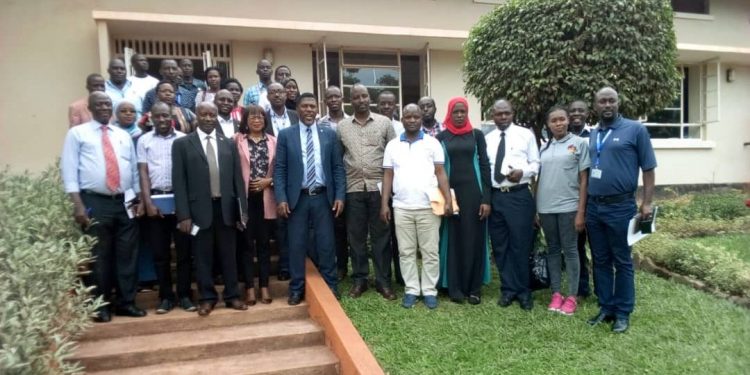 In an effort to escape unemployment in Uganda, a lot of Ugandans have decided to travel abroad for greener pastures. The process was a bit tedious but a lot of companies have mushroomed to create a smooth sailing of the sort, making the whole travelling process easier, safer and faster.

Some of these companies were doing business unprofessionally and the people they were taking abroad usually ran into problems like not getting paid, being mistreated and sexually abused.

This forced the legitimate companies to form the Uganda Association of External Recruitment Agencies (UAERA) in 2013. The association works closely with the Ministry of Labour, Gender and Social Development to monitor the activities of over 150 Ugandan companies that deal in labour export.

Nooh Mayambala, UAERA’s Secretary-General told Matooke Republic that ever since the association was created in 2013, they have assigned a supervisor in every recruitment agency that the workers abroad can contact in case of anything.

He went on to say that there are more serious cases where workers can bypass the supervisor and report cases straight to the Ministry and the police.

In addition to that, the association has partnered with government to set up training centres where people whose contracts have been approved are trained first in the fields of discipline, cooking, personal hygiene, security, communication skills, among others before travelling to their work stations.

This has greatly reduced the number of wrangles between employers and employees, as well as improving the standards of labour exported.

“Some people lie about the things that happen to them when they are working, all in the name of leaving to come back to Uganda,” Mayambala said.

He advised that the government should enhance security at Entebbe International airport because that is where most people are trafficked through after individuals pay immigration officers at the airport.

Police arrests suspect that was caught killing boda-boda rider on camera; his colleague was also beaten to death by a mob after a separate botched robbery