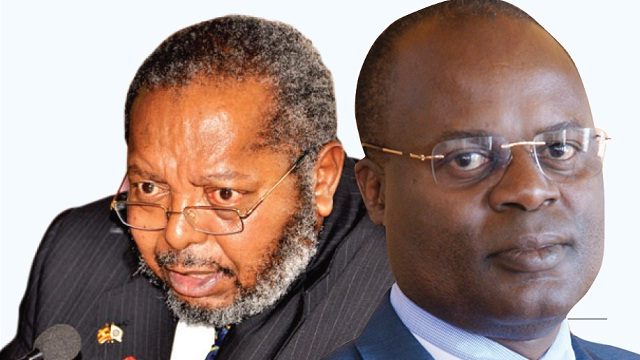 From the pen saga, to Shs90bn money heist, to the sale of defunct banks, to the suspicious and scrutinised recruitment process, Bank of Uganda (BoU) has been involved in numerous scandals in recent years that show how badly managed the bank is.

Under the current Bank of Uganda Act, the Governor of the Central Bank is the Chairman Board of Directors deputized by the Deputy Governor. Other Board members include Secretary to the Treasury and directors of different departments of the bank.

This is why Igara East MP, Michael Mawanda has drafted a Bill that seeks to amend the Bank of Uganda (BoU) Act so that the Board of Directors is separate from the Central Bank management.

“We hope it can solve all these impasses that have been happening in the bank from the sale of the defunct private banks, infighting among others. For now, the board of Governors is reliant on each other and this brings out issues of accountability,” he said.

In February this year, Mutebire recruited and promoted some BoU staff, a move which was reported as an abuse of power as the appointees did not go through the set appointment regulations at the bank.

Mawanda says he has already submitted his draft bill to Deputy Speaker, Jacob Oulanyah to have a look at it before tabling it to Parliament.

In one of its recommendations, the Committee on Commissions Statutory Authorities and State Enterprises (COSASE) in Parliament Chaired by Bugweri MP, Abdul Katuntu pushed for a complete overhaul of the bank and separation between the bank management and board of directors, while a separate committee instituted by the President recommended an urgent and comprehensive review of the laws governing the Central Bank and trimming the Governor’s powers.

If I wasn’t smart, I would have sold the late Ivan Ssemwanga’s unfinished hotels in Kampala because of the debts he left unpaid – Zari recounts hard times after ex-husband’s death

If I wasn’t smart, I would have sold the late Ivan Ssemwanga’s unfinished hotels in Kampala because of the debts he left unpaid – Zari recounts hard times after ex-husband’s death