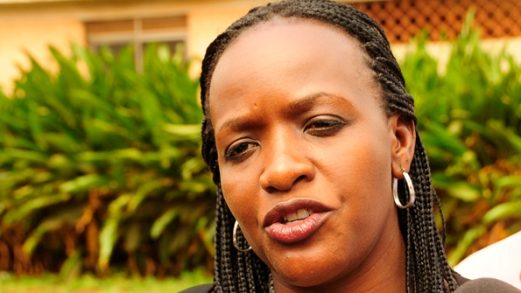 Kampala Woman Member of Parliament from Forum for Democratic Change (FDC) party, Nabilah Naggayi Ssempala has sustained her defiance of the party’s longtime flag-bearer, Dr Kizza Besigye arguing that he no longer has what it takes to lead the opposition to the ‘promised land.’

Comparing the political space to an athletics relay race, Nabilah said that now would be the right time for Besigye to give the baton to Hon. Robert Kyagulanyi alias Bobi Wine and let him shine politically.

“Besigye has run his race and for that, we thank him. But for now, Bobi Wine proved showed to be ready and willing to take us to the next step. He (Bobi) should be given a chance,” Nabilah said.

The legislator stated that Besigye’s numerous near misses are evident enough that he has no more room to make the cut of political change.

“Besigye has hit the crossbar too many times; he should pave way for ‘Magere Boy’,” Nabilah asserted.

Earlier this year, Nabilah who was once a close associate of Besigye came out and accused Besigye of  failing to secure political change in the country.

Despite being a card holding FDC member, Nabilah recently appointed herself as the new ‘ambassador’ of Bobi Wine’s People Power Movement.

The national anthem is meant for the president and functions attended by him; South Sudan moves to ban the singing of national song in Salva Kiir's absence