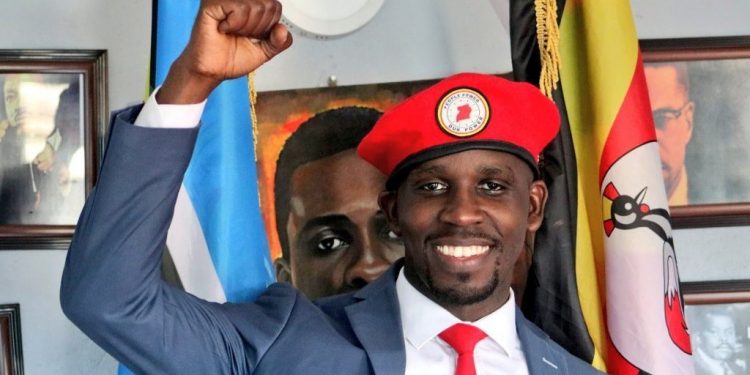 At the unveiling ceremony of People Power Movement Coordination Team that took place at Bobi Wine’s home in Magere, the movement spokesperson Joel Ssenyonyi disclosed that the ‘cabinet’ being unveiled is not for formality but a big step to prepare for change.

Ssenyonyi assured the gathering that a similar team will be in State House come 2021 when Bobi Wine puts an end to President Museveni’s three decade rule.

“For clarity, People Power is going to take power in 2021 and we have our incoming President here (Bobi Wine),” Ssenyonyi said.

He said that People Power’s flexibility in welcoming political players no matter the political party affiliation has seen them excel in the struggle.

“We have leaders here from the NRM and some are in Parliament but they are here because we all want a better country. We also have members from DP, FDC, Jeema,” he said.

The former news anchor warned the newly unveiled leaders on turning against the people’s outcries saying, “To all the leaders we are going to unveil, if you go off track, Ugandans will hate you as much as they have loved you because Ugandans love people power.”

OPINION: Uganda She Cranes deserve more than Shs1m from government for their Netball World Cup performance

OPINION: Uganda She Cranes deserve more than Shs1m from government for their Netball World Cup performance