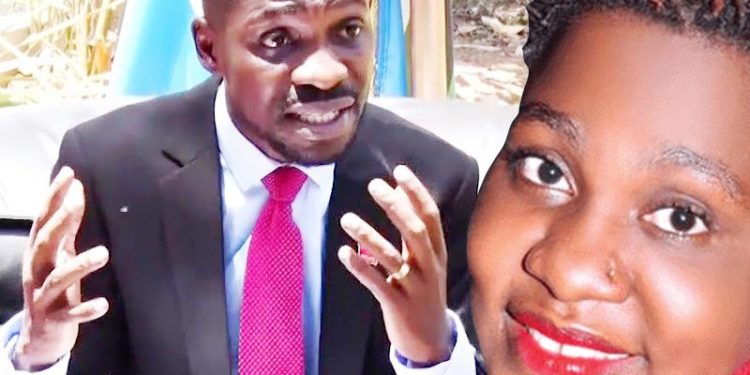 Motor-mouthed faded singer Jennifer Full Figure seems to be regretting all the effort she put in always attacking People Power critics. This is after the singer missed out on the newly unveiled movement ‘cabinet.’

Furious Full Figure said it is heartbreaking to concede that Bobi Wine has forgotten the People Power pioneers who aggressively worked when the pressure group had just emerged on the political scene.

She claims that her decision to join People Power was not because she wanted a position but Bobi Wine must have been wise enough to at least introduce her to the gathering during the unveiling ceremony yesterday.

“If Bobi Wine yesterday failed to introduce me to the country, how will I get another chance since he is now working with a new team,” Full Figure said.

In her argument, Full Figure thinks Bobi Wine made a very big mistake that is set to birth internal conflicts in the camp.

“Many of us are bitter about the appointments,” she said.

Before this, Full Figure had declared herself available to contest for the Kampala Woman Member of Parliament seat on ‘People Power’ ticket.