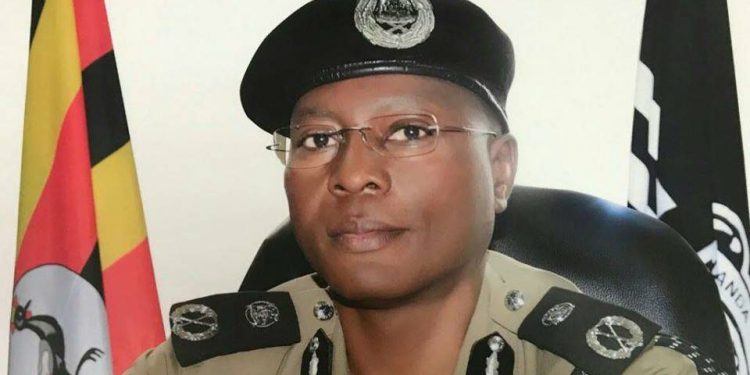 AIGP Asan Kasingye is one cop that needs no introduction. Besides the amiable senior officer in the Uganda Police Force serving in several top offices, Kasingye is considered by far as one of the most social senior police officers in the land.

His witty, sarcastic and serious tweets have since earned the Police Political Commisar the title of ‘Twitter cop’ by tweeps on the famous social media Twitter app.

Well, news reaching us is that Kasingye is about to receive, not retweets, but cows and goats among other things as he prepares to give away his daughter Sandra Kasingye into holy matrimony with her long time sweetheart Tony.

The twitter cop has already sent out messages inviting family and close friends for preparation meetings for the traditional marriage (giveaway) for the same.

The meetings are slated to start early next month (August) at Seven Trees Gardens located along Wampewo Avenue in Kololo.

Being the police chief political commissar comes with big responsibility and tight schedules, but that has not deterred Afande Kasingye from finding time to do twitter policing and engaging with his followers just about any topic he feels worth commenting on. It is because of this that the Afande has amassed a big following on the popular social app.

This comes just days after Afande Kansingye’s son Ian Kasingye graduated with an Engineering degree from the Exeter University in the United Kingdom.

It’s quite clear that the amiable officer is celebrating so many milestones as a father. We thought it best to salute Afande Kasingye and also wish his daughter a very happy marriage, before he tweets about it!