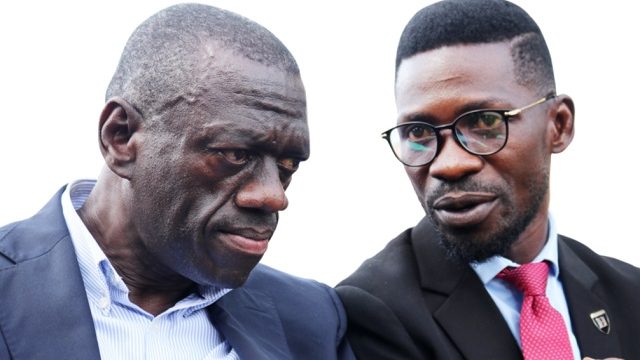 Former Forum for Democratic Change president retired colonel Kizza Besigye has congratulated MP Robert Kyagulanyi and his People Power movement upon unveiling a coordination team in an effort to mobilize support for the group in the coming general elections in 2021.

In a statement shared on social media last evening, the self-proclaimed people’s president said that they particularly commend Kyagulanyi for putting together a team that can focus on fighting for freedom, human rights and democracy leading to a common objective of achieving a transition to a democratic Uganda.

“It is our sincere hope that this milestone towards forming a structured team will enhance and quicken our efforts, as forces of change, to form a common and formidable front to liberate our country of the more than 33 years of NRM/M7 Junta,” the statement partly reads.

Besigye has always insisted that People Power and FDC should work hand in hand since they are all working towards achieving the same goal.

Besigye has for long been a government critic and opposition leader for more than 20 years. He has contested, and subsequently lost four times in presidential elections since 2001, but he has kept on putting pressure to government challenging them to organise a free and fair election.