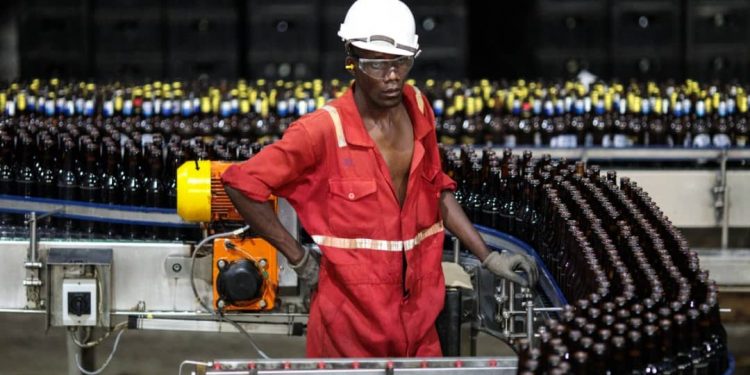 With 2.4% of URA’s total collection of 16.6 Trillion as per 2018/2019 financial year closed in June, this reaffirms the company’s position as one of the leading revenue contributors in Uganda.

Last year, NBL was recognised and awarded a plaque for its role as the leading revenue contributors in Uganda by URA. Speaking at the ceremony, Mr. Silagi Kanyesigye, Assistant commissioner Large Taxpayer Office (LTO) pointed out that NBL plays a critical role in Uganda’s economy not only as one of the top three revenue contributors but also as an employer and user of home grown raw materials.

Annually, NBL buys an average of 18,000 tonnes of barley and 10,000 tonnes of Sorghum, paying in excess of Shs40 billion to farmers. Currently, NBL on average produces 179,353HL of beer from its plants in Jinja and Mbarara, anchored on brands such as Nile Special, Club Pilsner, Eagle Dark, Eagle Extra, Eagle larger and Castle Lite.

According to a report released in June, 2019, by an independent marketing research firm, Frontline, NBL holds a market share of 57% in the beer industry.