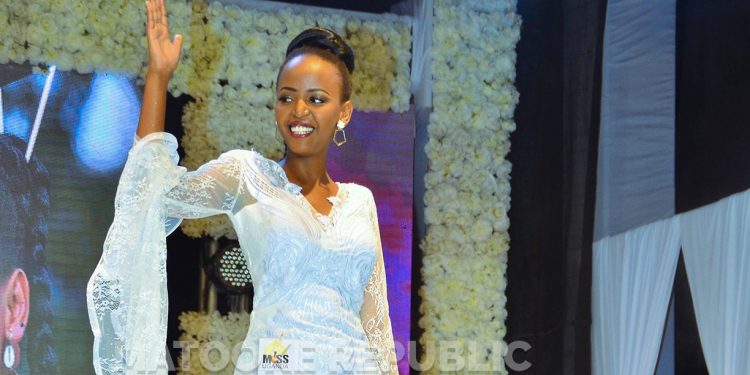 Miss Uganda Grand Finale last night might have been a success in almost everything but there were a few minor meh incidences. We are not talking about the Zari vs Fabiola chicken fight; we are talking about more serious things.

Santina Ashemeza was crowned Miss MTN Pulse amidst dissatisfaction from the crowd who booed and screamed she didn’t deserve it. Like luck wasn’t on her side, she failed to answer a question from the judges prompting Zari to ask her the same question more than thrice, which was unusual.

Ashemeza cried in shock when she was being crowned and handed a Shs2 million cheque by the MTN CEO. She cried even more when the cheque was taken away. The deal included becoming an MTN ‘Influencer’ for 12 months; receive a Smartphone and 30GB of data every month.

Another judge tried to appeal for her to be given another chance to answer the question but his efforts received rejection from the crowd and other judges. A new winner will be communicated in the coming days.