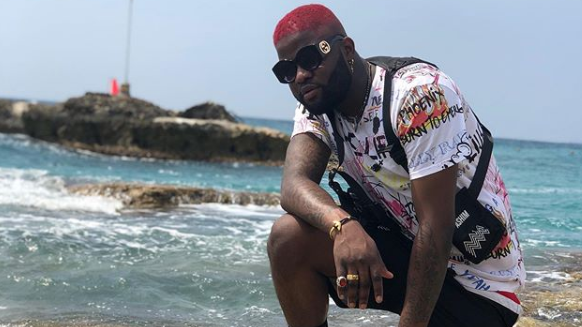 Kampala City party animals will be happy to hear that Nigerian star Skales has been confirmed as the international artist gracing the 23rd edition of Blankets and Wine that is sponsored by Tusker Malt.

House of DJs, the organizers of the show have been playing the enticing game by unveiling their artists one by one and now that the jig is up we have learnt of the collection of Afro-fusion local artists set to grace center stage at the music festival for its August edition.

Raoul John Njeng-Njeng commonly known as Skales seems to have a fondness with the Pearl of Africa as this will be his second time visiting Uganda to perform for his hip-hop fans since 2017.

He has also made a number of collaborations with some of Uganda’s top entertainment gurus like video director, Sasha Vibes on the hit song ‘Fire Waist’ that still blares on in Kampala night clubs.

He will be sharing the stage alongside other artists like Mo Roots featuring CTRL AD Band, Herbert Ssensamba, Mugaba from Rwanda, DeeMike from South Africa and Eli Maliki from Kenya.

Blankets and Wine fans are gearing up for the event next month at the Lugogo Cricket Oval with celebrity hosts Deedan and Shakib also confirmed to take centre stage of the afro-fusion music festival.

Those who would rather dodge the last-minute purchase of tickets should buy their tickets online now via quicket.co.ug or instantly via their mobiles by dialing *252# on all mobile networks.