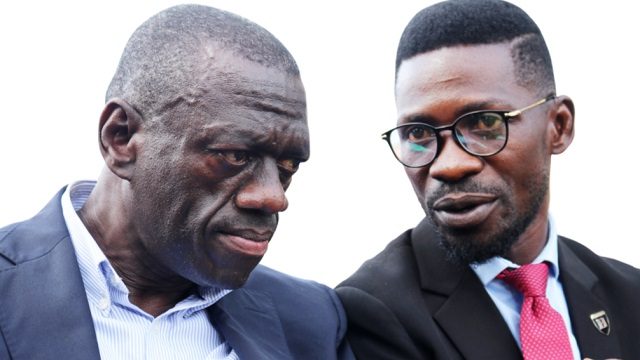 Before the newly unveiled regional coordinators of the People Power Movement could get used to their new positions, concerned citizen Mr Ntare Adens Rutaro has sued Bobi Wine and Dr. Kizza Besigye for establishing and running ‘illegal’ political organisations.

In a petition to the constitutional court, Rutaro through his lawyers of Newmark Advocates accused the two opposition giants of carrying out political activities through their respective camps People Power and People’s Government yet such activities are constitutionally are reserved for duly registered political parties.

“The two organisations have embarked on mobilising political, membership registration as a kind of a political process sponsoring political candidates for upcoming elections. As article 72(2) of the constitution of Uganda stipulates, it’s a reserve for duly registered political party,” reads part of the petition.

On Wednesday this week, Bobi Wine unveiled his movement’s ‘cabinet’ and a day later Besigye held a nation address for his People’s Government. Both events happened at Magere and Kasangati homes respectively.