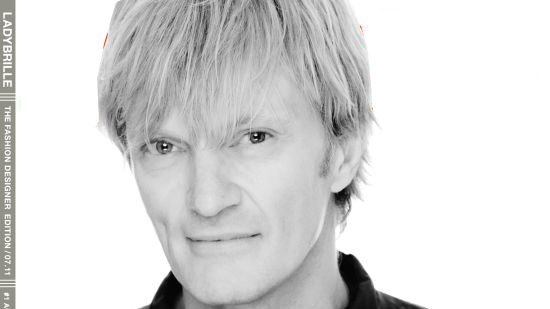 Jan Malan is a show director/producer that has staged high profile productions in 38 cities on four continents. He specializes in the production and direction of special events for stage and television in the fields of fashion, lifestyle and music.

Malan is constantly looking for fresh and captivating venues for his shows, which have been held in unique locations such as train stations, bridges, art galleries, piers, city halls and theater spaces.

Jan Malan has worked on different projects and some of them are listed below:

He has had some of the World’s most sought after models on his runways. Industry icons such as Karlie Kloss, Alek Wek, Liya Kebede, Behati Prinsloo, Maria Borges, Chanel Iman, Lara Stone, Coco Rocha, Tyson Beckford and Freja Beha Erichsen, as well as legends such as Pat Cleveland and Grace Jones.

Malan has a passion for charity. He produced the United Nations Catwalk the World Fashion for Food shows in Accra, Ghana and Lagos, Nigeria in 2006.

He also conceptualized and spearheaded the Face of Africa Model Search in 1997, which was broadcast to more than 44 African countries and the United States.

It took him to 36 countries in Africa creating content for Africa’s biggest cable TV Network, M-Net. The competition was held annually until 2010 changing the lives of many women.

He staged the International finals of Ford Model’s Supermodel of the World in Miami 2001 and in 2002 in Punta Cana, Dominican Republic.

He was the Creative Director and Producer for the South African Fashion Awards conceptualizing its art, theatre and film themes. The “Fashion as Theatre” concept in November 2003 was awarded a Gold Loerie for best event (South African Advertising Awards).

He was appointed as a Goodwill Ambassador and Show Director for Sun International’s “Positive Rocks” at Sun City to raise funds for the Tapologo Aids Hospice in 2005 and 2006. It featured Marc Bouwer, John Legend, Kelly Rowland and Salif Keita. The shows were based on the “Fashion Rocks” concept and filmed for television.

Further afield he directed all shows for Delhi Fashion Week in 2008 and 2009, conceptualizing and creating individual shows for over 20 designers including such luminaries as Rohit Bal and Tarun Tahiliani and meeting and working with an array of Bollywood celebrities.

He continues to produce high profile events. In May 2019 he produced a Fashion & Music show at the Cannes Film Festival for Cinémoi Network for the second time.

VIDEO: Kenyan pastor invites ‘Jesus’ to preach in his church

VIDEO: Kenyan pastor invites ‘Jesus’ to preach in his church