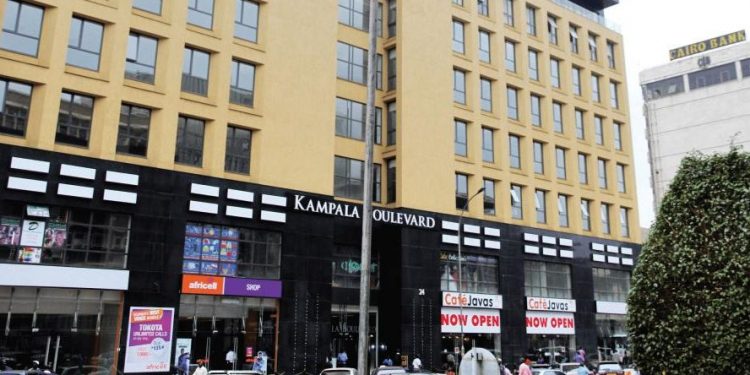 A lot of Asians lost their property when they were expelled by former President Idi Amin in 1972. Most of them were sold, others were possessed and others remained unclaimed.

When Amin was overthrown, some Asians came back and created the Departed Asians’ Property Custodian Board (DAPCB) to work on the repossession of over 10,000 properties of those Asians that had been evicted. Some of these properties have since been repossessed, compensated while others remain unsold, unclaimed and others under disputes.

One of the notable disputes of such property is Sudhir’s Plot 24 Kampala Road on which Kampala Boulevard was built.

DAPCB claims that some companies and individuals including Sudhir’s Meera Investments acquired some properties of departed Asians illegally, and that the Board considers their repossession audit and verification of fraudulent.

“It should be noted that the individuals and companies as described above represented themselves as agents holding powers of Attorney from former registered proprietors of Asian properties. Using the said powers of Attorney, they submitted applications for repossession of so many properties with ease and indeed exploited the system then at DAPCB as the board had no capacity then to duly verify the documents submitted due to logistical issues, available technology, and negligence and in so many instances concealed fraud,” DAPCB Executive Secretary George William Bizibu said.

This assertion violates an order issued in 2012 by the High Court Land Division, in a ruling on Meera Investments versus DAPCB.

In his judgement, Justice Murangira said that Meera Investments approached the former owners of that land Rameshchandra Bhowan Kataria and the late Kershavlal Premchard Shah before they were granted a certificate of repossession and they agreed to sell their estate and interest that is the property. Indeed they sold and transferred to Meera Investments.

The judge also stated that the documents of evidence presented in court by Meera investments show that Sudhir bought the property from the original owners. Furthermore, the authenticity of these documents was not challenged by the respondents (DAPCB) and were therefore are taken to have been admitted by the respondents.

Since that ruling in 2012, there have not been any appeals for the matter and so the court order still stands confirming that the land belongs to Sudhir/Meera Investments.

Pastor Bugingo says his church means a lot to the country, laughs off haters after being ‘showered’ with money

Pastor Bugingo says his church means a lot to the country, laughs off haters after being ‘showered’ with money