Uganda Airlines finally approved to fly; Minister orders the airline not to give free air tickets to government officials 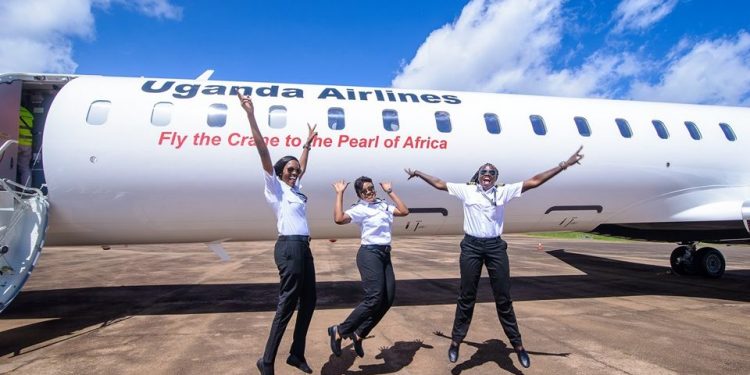 Get packing, Ugandans. Uganda Airlines finally acquired the long awaited Air Operating Certification that clears the airline to start operating commercially. This has come as good news to Ugandans who had been wondering when the recently revived national air carrier will commence its operations.

It also gives a breather to the airline officials and Civil Aviation Authority who had been working under pressure to deliver on their promise of getting the Ugandan flag in the air.

It was after this that Finance Minister Matia Kasaija ordered the airline not to give free air tickets to government officials because the airline has to be run as a business in order to stay afloat and foster the country’s economic development.

“This is a business. It is not something you can run anyhow; Uganda Airlines should be managed and run professionally as a business.”  Kasaija said.

Ugandan government officials currently enjoy a lot of benefits provided freely by the government, including a budget for their travels, so the minister urged them to make use of that.

According to Works and Transport Minister Monica Azuba, Uganda Airlines is set to officially plunge into the skies at the end of August with regional routes to Juba, Dar-es-Salaam, Mogadishu, Nairobi and Bujumbura.