If you want to get money, work with Museveni – Bebe Cool 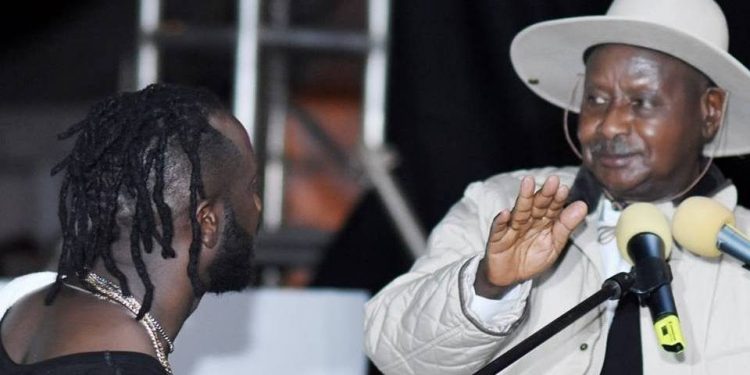 Silent Majority ‘activist’ Moses Ssali aka Bebe Cool is continuing to express his absolute admiration and backing to President Yoweri Museveni as he revealed that the ‘old man with a hat’ is capable of solving any problem in the country.

Talking about the widespread poverty amongst the population, Bebe advised people to stop looking for money or opportunities from individuals who don’t have resources to empower them.

“How can you look for money from people who don’t have money?” Bebe Cool wondered before revealing that government and President Museveni in particular are capable of brightening people’s fortunes.

He said the populace should find a way of reaching out to the president for financial liberation.

“The President is in charge of the country’s money and willing to give it out. Just accept and work with him,” Bebe Cool said.

On the alleged gift of ‘Mpekoni’ car from Museveni, Bebe Cool admitted to the allegations but said a car should not be made a big issue.

“The president has always gifted a lot of people. Besides that new car is just one of the many cars I have in my compound,” he said.

If you don’t agree with what court is doing, stop going there – Justice Minister Otafiire