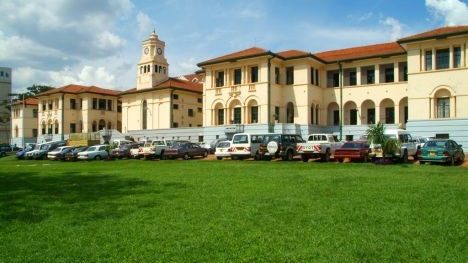 Mbarara Grade One Magistrate Pamela Karamagi has been granted indefinite medical leave by the Judiciary.

According to the judiciary, Karamagi is experiencing a condition they are yet to confirm. This condition is characterised with dreaming about people trying to physically attack her through cyber technology while others follow her (in the dreams) with intentions of harming her.

Karamagi wrote a letter to the President of Uganda Judicial Officers Association Godfrey Kaweesa to inform him about her condition.

This forced the Judiciary to recall her from Mbarara to Kampala for close monitoring since she was unable to fully perform her duties.

“There are numerous complaints that Magistrate Karamagi suffers from a yet-to-be determined condition and she could no longer perform her duties and we recalled her,” The Judiciary statement from Chief Registrar Esta Nambayo reads in part.

The Judiciary also says that they decided to work with her family to help Karamagi get help. The family tried to help her seek medication last year in November although their efforts were fruitless.

“The Judiciary understands that Ms Karamagi is undergoing a very difficult phase of her life and career. As such we believe that sensationalising and making fun of her circumstances may just escalate her condition.” The statement says before adding that the Judiciary is committed to supporting Karamagi to ensure that she gets a speedy recovery to resume her duties.

Karamagi is currently being rehabilitated at Butabika Mental Hospital.