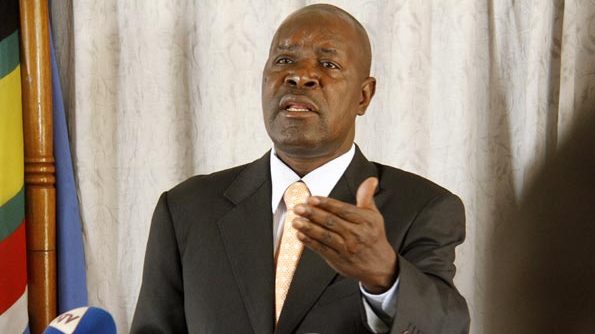 Government Spokesperson, Ofwono Opondo has faulted opposition figures of turning into comedians after failing to defeat the National Resistance Movement.

Ofwono Opondo stated that for the past two decades, the opposition has failed to pose any serious threat to the incumbent regime as a result they’re always foul crying.

Going bare knuckles against Dr. Kizza Besigye, Ofwono said the four time presidential candidate is now short of promises to Ugandans since he has been threatening that the NRM government will not last.

“In all the election cycles Besigye has participated in, he has lost and then cried foul. People haven’t followed him because they judge that much of his claims are excuses to explain why he has not been successful,” Opondo said.

Mockingly, Opondo stated that since Besigye has a ‘People’s Government,’ he should be satisfied and settle for that.

He said, “I don’t expect him to get involved in the 2021 general elections.”