LAST WEEK IN REVIEW: Blessing in disguise for the Makerere student trolled for carrying a metallic suitcase, Pastor Musiime marries NTV property show co-host, Kobs get one hand on the 7s title 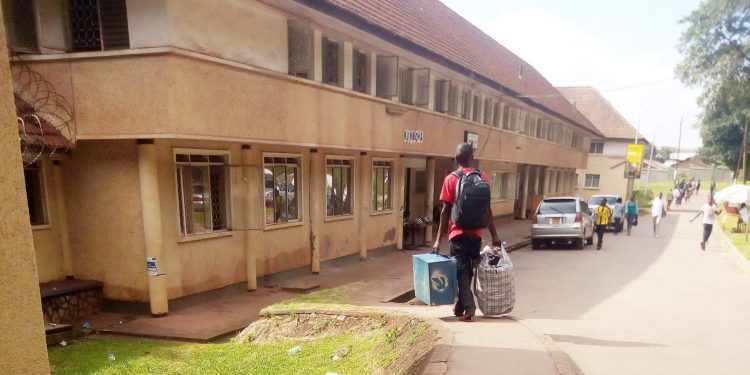 Suubi Henry, a Makerere University fresher who was trolled for reporting with a metallic suitcase has achieved milestones from the bullies. Following the trolls online, well-wishers led by BBC journalist Allan Kasujja started fundraising for Suubi and in the process a lot of items were raised. These include a laptop, clothes, shoes, a Smartphone with unlimited monthly data, airtime, beddings, leather suitcase and Shs2 million to cover a debt to his former school among others.

Media personality Pastor Edwin Musiime, the CEO of Crest Group tied the knot with NTV Property Show co-host Christabel Nansubuga. This is Musiime’s second wedding, having been previously married to Isabella Masozera before the estranged couple divorced. Musiime set the trend when he chose celebrated fashion designer Anita Beryl as his ‘bestman.’

Kobs get one hand on the 7s title

On Saturday last week, Betway Kobs managed to put one hand on the 2019 Rugby Sevens Series. Kobs played their arch-rivals Stanbic Black Pirates in the highly contested final at Dam Waters in Jinja.

Pirates drew the first blood but Kobs out-muscled them by making three tries before halftime courtesy of Adrian Kasito, Robert Okeny and Pius Ogena. Pirates teased to make a comeback with an early try in the second half; however it was short-lived as Kasito outpaced Pirates’ Timothy Kisiga to seal the victory 28 – 19.

The victory left Kobs with bragging rights of lifting this year’s Roke 7s title as they now have 132 points, six points clear of second-placed Pirates. Kobs only need to finish in the quarter finals in that last circuit that they themselves are hosting at Legends Rugby Ground come August 24.