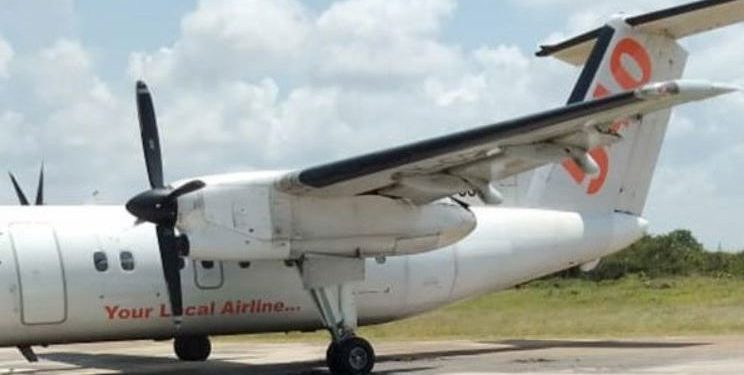 On Sunday, there was a scare at the Manda Airport in Lamu, Coastal Kenya as a Fly540 airplane was forced to abort take-off when one of its tyres got stuck in a pothole on the runway.

The plane which had 36 passengers on board was to take-off at 12:30 pm but was delayed for about 30 minutes.

“The plane was about to take-off but it was a bit difficult. The pilot had to stop after realising that one of the plane’s tyres was stuck in a huge pothole on the runway. Engineers and airport staff had to be called and assisted in pushing the plane out and parked it at a safer location on the runway from where it was finally able to take-off safely,” said a Fly540 official.

This is however not the first time a plane has gotten stuck in a pothole on the runway. In May last year, a video shared by a worker at one of the airlines at Wilson Airport in Nairobi showed staff trying to free the wheel of a plane trapped in a pothole.

“It’s a sad situation. Planes get stuck often, and it is the workers who are usually responsible of pulling them out of the potholes,” said one of the workers.