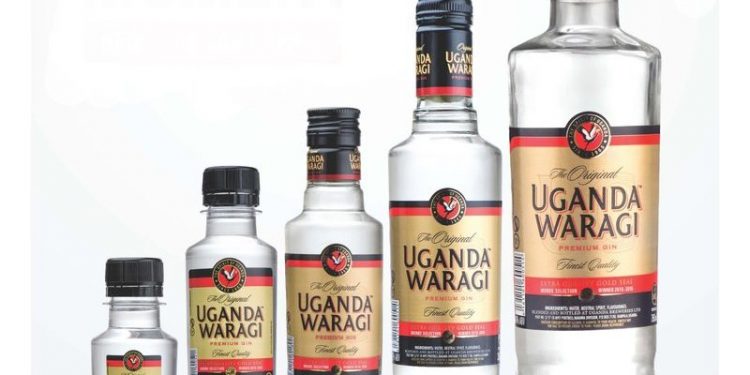 Uganda’s social scene is characterised with music, food, and beer, and this has for long made Uganda a leading party hub in the region, ultimately ranking highly on the list of top alcohol consumers in the world.

Uganda Breweries Limited (UBL) has ridden on the back of Ugandans’ lifestyle to cement themselves as the leading producers of beverage alcohol in the country and the region at large.

Currently, UBL boasts of the biggest market share percentage (54%) with products such as Uganda Waragi (Coconut and Pineapple), Tusker Malt Lager and its Lite version, Smirnoff, Bell among others.

Now that the company has over the years cemented itself as a market leader with exponential growth in Uganda and the region, its managing director Mr Alvin Mbugua says they are now looking at tapping into the international market, and preparations are in high gear to export Uganda Waragi to New York and London.

“We export to South Sudan, Democratic Republic of Congo, Burundi and Rwanda. We have clinched international partners and very soon, you will see our product Uganda Waragi in London or New York,” said Mbugua in an interview with Daily Monitor.

Ugandans in the Diaspora are set to have a taste of Uganda’s local gin that will make them feel like they are home.