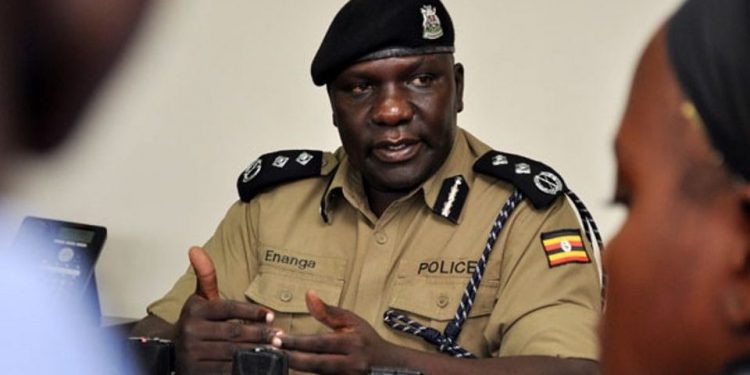 Police has confirmed the arrest of two of the four suspects they intercepted in a gunfire exchange on Wednesday in the areas of Bweyogere.

“On the 14/8/2019 at around 2200hrs an operation team of KMP Crime Intelligence mounted an operation in areas of Bweyogere where a group of four robbers armed with an AK 47 rifle were intercepted,” reads police’s statement in part.

Police reveals that the robbers who were travelling on two motorcycles had planned to rob from a yet to be identified place in Njeru.

“On reaching Total gas station at Bweyogere, police intercepted and started shooting at them. In the process, two robbers were arrested and an AK 47 rifle recovered with 11 rounds of live ammunition while two escaped with injuries,” reads the statement.

Those arrested are; Mugerwa Moses and Sekyanda Kinene Drake and are being detained at CPS Kampala pending interrogation. One of the motorcycles used by the robbers, a red TVS Star registration number UET 487F was recovered and now parked at Bweyogere police station.

Police says that of the two who escaped, one had a pistol.