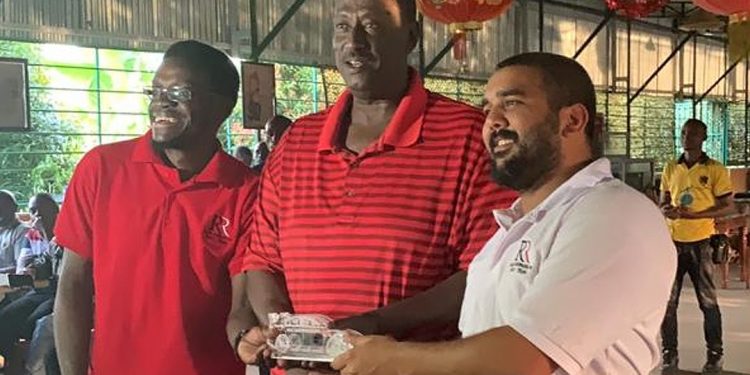 Rajiv Ruparelia has proved beyond doubt that he has joined the motor rallying sport, not just as a participant but a top contender.

Rajiv who also serves as the Managing Director of Ruparelia Group registered another podium finish just a month apart when he came top at the fourth round of the MOSAC Autocross Championship at Kapeeka Industrial Park this Sunday.

Rajiv who was navigated by Enoch Olinga posted 02:41 in the first heat and 02:40 in the second heat with a total time of 05:21, with second placed Jonas Kansiime/Ivan Tushabe posting 05:24, while third placed Christakis Fitidis/Cedric Buzabo posted 05:27.

In late June, Rajiv put up a similar display when he won the third round of the Autocross Championship in Kayunga.

Rajiv then said that he was learning from the big boys, but with such displays just a few months after he joined the sport, he is soon joining the big boys.

Rajiv underwent motor rally training at Rallystar Motorsport Academy in South Africa and at the end of his programme in April, Leone Botha, a former rally driver and the country’s top-rated coach heaped praises on him, saying Rajiv was born the for the sport. Rajiv is proving Botha right.