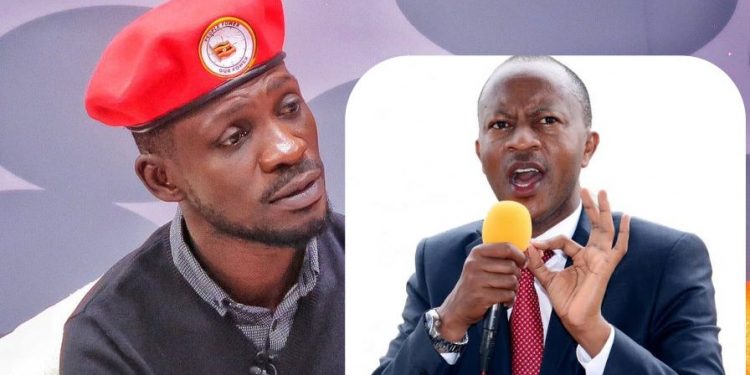 Motivational Speaker Frank Gashumba has given his take on Bobi Wine’s geared up Presidential ambitions.

Gashumba states that People Power will act as a stepping stone for many politicians who want to join parliament but it can’t produce Bobi Wine as the next president of Uganda.

“Bobi Wine’s influence is going to produce many MPs in the next election, that isn’t debatable; majorly because people are tired of this sick regime,” Gashumba claims.

“President Museveni isn’t in power because of a ballot but simply because of a gun, which was his means of power grab in 1986. And he has managed to keep his grip on power by use of the same means,” Gashumba states.

Before asking which unique trick People Power Movement is intending to employ in the 2021 Presidential elections, Gashumba explains saying; “Dr. Besigye has successfully defeated Museveni three times but he isn’t in statehouse. And there will be a repeat of this in 2021.”

Gashumba asserts that Museveni has enormous powers that can influence anything currently. He says the public must use the acquired Ndagamuntu to ‘fight poverty.’

“Use your Ndagamuntu to join SACCOs somewhere and get a loan. But if you think Ndagamuntu can unseat Museveni, you are dreaming,” he believes.