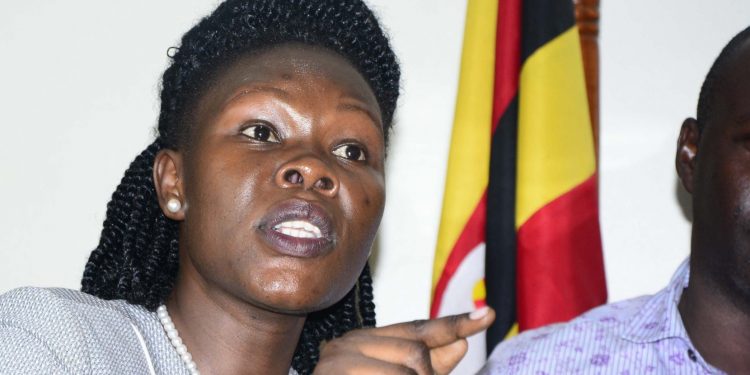 Investment and Privatisation Minister held a press conference today, Monday morning where she alleged that there are mafias following her, tracking her movements and phone conversations with the end goal of killing her.

Anite has been at the center of Uganda Telecom Limited’s recent saga, at one time blocking an audit into the insolvent telecom company, and then turning around to force an audit.

A whistleblower who is still anonymous by press time filed a petition to the Inspector General of Government (IGG) Irene Mulyagonya to investigate the manner in which she has handled the UTL matter.

According to a financial report, UTL asset value is over $84 million, but it no longer breaks even as it is sunken in a Shs700 billion debt.

Due to this, government decided to privatise it off and seven companies are reported to have submitted the bids to the privatisation committee, chaired by Minister Anite.

A whistleblower alleges that Anite picked interest in one telecom company from Mauritius known as Mauritius Telecom and secretly traveled to the country to close the deal that would see the company acquire UTL at a tremendously lesser amount.

“The said trip to Mauritius was not booked in Uganda before her departure for the USA. In Mauritius, she met with the team responsible for ensuring this deal happens and they acquire UTL at a much less than the asset value estimated at $84 million,” the petition to the IGG’s office reads in part.

This has prompted Ugandan Twitter users to create the hashtag #IGGInvestigateAnite to raise public awareness about Anite’s dealings, and try to force the IGG to investigate the matter and bring Anite to book.

Anite has called this a witch-hunt and a move fuelled by ‘mafias’ to tarnish her name and finally kill her for what she believes is a way of stopping them from embezzling government funds.

Here are some of the questions raised by tweeps about this whole saga: