City tycoon Buchanan arrested over gold scam, charged for unlawful possession of a firearm instead 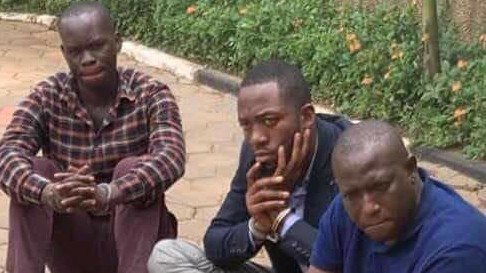 Over the weekend, City tycoon Sam Buchanan and two others were arrested from his home in Buziga in Makindye Division, Kampala. The group was arrested by the Chieftaincy of Military Intelligence (CMI) on allegations of conning a non-Ugandan businessman $500,000 (about Shs1.8 billion) in gold deals.

However, yesterday on Tuesday Buchanan was arraigned before the General Court Martial at Makindye chaired by Lt Gen. Andrew Gutti and charged over unlawful possession of a firearm instead.

Buchanan declined to plead to charges of unlawful possession of a firearm and bullets saying; “I have heard the charges but what I was arrested for is different from what is being read to me. I request for some time as guided by my lawyer to be able to understand the case.”

Buchanan’s lawyer, Frank Kanduho therefore asked court to task Prosecution to disclose witness statements, exhibits and other materials they intend to rely on so that they understand the case.

According to the charge sheet, at the time of his arrest, Buchanan was found in possession of 18 live bullets and a pistol.

The Army Court Martial decided to remand Buchanan to Kigo Prison until August 22 to give time to both parties to investigate and respond to the raised issues.

That is now hearsay. Let her come to me. My office is open – Kadaga asks Anite to report ‘Mafia’ claims to her office

That is now hearsay. Let her come to me. My office is open – Kadaga asks Anite to report 'Mafia' claims to her office