Rwandans thrilled as border is opened in time for Nyege Nyege 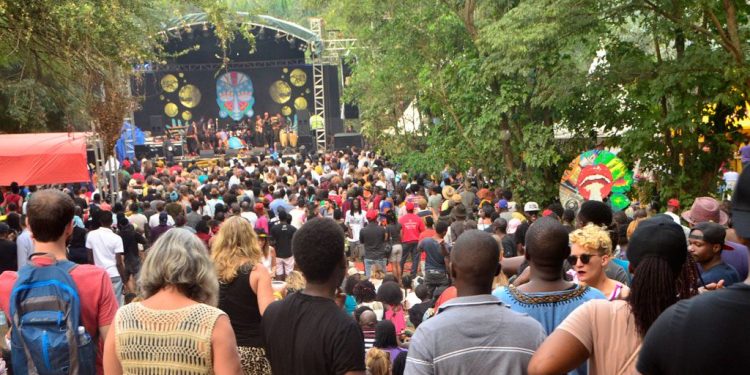 Rwandans are excited over this year’s Nyege Nyege Festival, which will be happening in September 5 – 8 at the Nile Discovery Beach in Jinja.

The excitement comes after the President of Rwanda, Paul Kagame and President Yoweri Museveni of Uganda signed an agreement to stop the recent tensions between the two countries that led to the closure of Gatuna border by Rwanda in February this year, affecting trade and social life among the two sister countries.

To demonstrate support for the Rwandans’ excitement, Nyege Nyege has partnered with RwandAir to ensure that Rwandans travel on affordable tickets for the four-day fun-filled festival in celebration of the peace agreement between the two countries.

Derek Debru, the co- founder of Nyege Nyege revealed that only three Nyege Nyege tickets in Rwanda had been sold due to the political tensions between Uganda and Rwanda but now the story is changing.

“As a sign of support to East African integration and solidarity, we have decided to offer Rwandans tickets at Shs50,000, a third of the price in a promo called ‘Peace’ that is valid for 48 hours,” said Debru.

Debru also revealed that Rwandans have in the past attended the festival in large numbers.

Don’t ask me to connect you to Nigerian men; I am also single – Irene Ntale

Don’t ask me to connect you to Nigerian men; I am also single – Irene Ntale

Rwandans thrilled as border is opened in time for Nyege Nyege