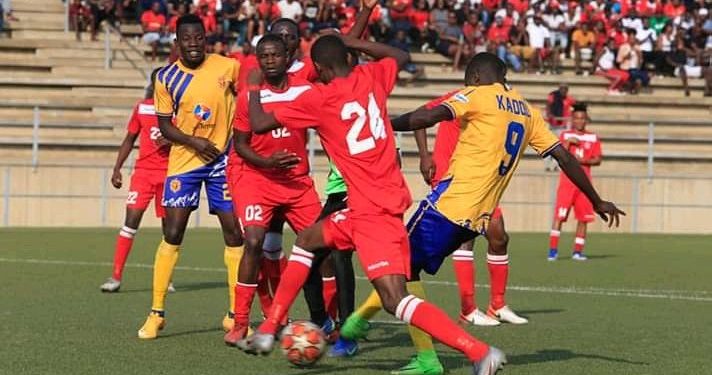 KCCA have two crucial away goals they scored in the first leg despite losing 3 – 2. Kaddu Patrick who was on the score sheet in Namibia will miss the second leg after the striker completed his move to RS Berkane earlier this week.

However, Head Coach Mike Mutebi is confident that his youthful squad has able replacement in teenager Sadat Anaku.

“We shall miss the services of Kaddu but we have an able replacement in Sadat Anaku, a teenager who is hungry for goals. We have given him the responsibility and we trust he will deliver,” Mutebi said.

The gaffer expressed his excitement revealing that most of the players that missed the first leg are back and ready to lift the team to the next round.

“We know what we have to do as a team. We shall play our way despite the need to win the game. We are happy that Kizza, Achai, Gift, Muzamiru are back and ready to play. Our opponents love to attack and this is the football we love. I anticipate a good game for the fans,” he said.

African Stars FC’s Head Coach, Mohammad Fargo is on the other hand also hopeful that his side will seal off the tie with a positive vibe.

“We are here to seal this. We have an advantage over KCCA because we won the first leg. We arrived in Uganda early enough and are well prepared. We are ready to give the hosts a very good game. We know about their home record but in football that does not count much,” Fargo said.