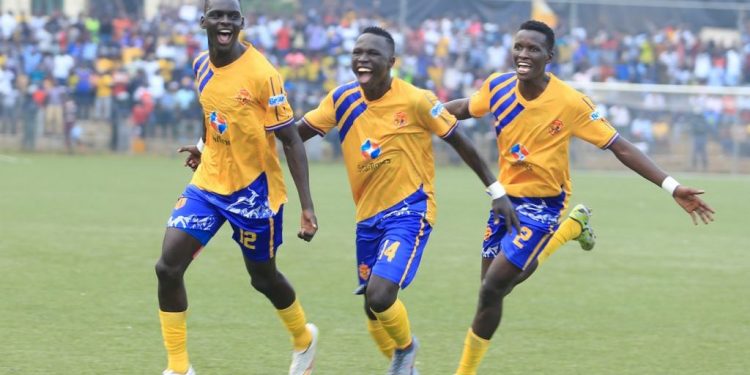 Hundreds of fans that flocked StarTimes Stadium had to absorb the pressure for the entire 80 minutes as the game was still goalless with the visitors missing clear goal-scoring opportunities.

In the 80th minute, Mike Mutyaba was fouled about 25 yards from the box and left back ‘assist king’ Kizza used the opportunity to effect his moment of magic by calmly slotting the free kick in the left corner of the goal.

Eight minutes later, teenager Okello who had been earlier on forced by the opponents to operate in wide areas announced his presence by hitting a 20-yard stunner with his sweet left foot. The two late goals confirmed KCCA’s place in the next round, going through with an aggregate of 4 – 3.

The Kasasiro boys will face either Petro Luanda (Angola) or Matlama (Lesotho) in the next round.