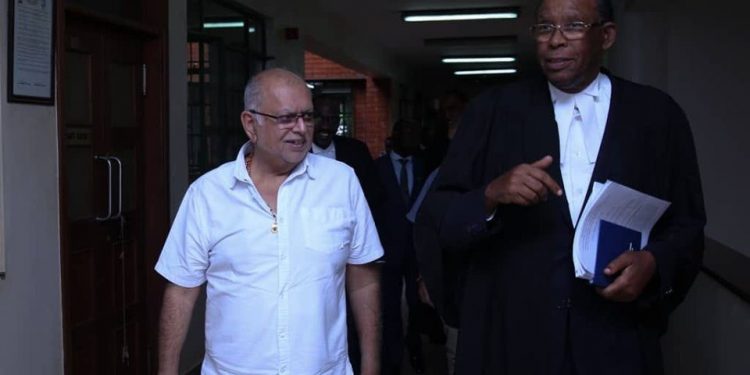 The High Court will on Monday make a ruling on the preliminary objection by city tycoon Sudhir Ruparelia to throw out a case in which the Bank of Uganda took him to court, accusing him out siphoning Shs397 billion out of his Crane Bank.

The businessman, through his lawyers — Kampala Associated Advocates has rubbished claims by the Central Bank that he allegedly fleeced his own Crane Bank Ltd of Shs397 billion in fraudulent transactions. The bank was taken over by BoU in October 2016 and controversially sold to Dfcu in January 2017.

During the hearing, KAA lawyer Elison Karuhanga submitted that when dissolving Crane Bank, BoU had three options — putting it under statutory management, receivership or liquidation.

“The central bank chose to go for receivership. Under the law, specifically, only the manager and the liquidator can sue. The case cannot be filed by a receiver,” Karuhanga argued.

“The receiver cannot be sued on that act and cannot sue anyone. His action is protected by the law,” Karuhanga said.

He added that receivership is limited by time as the law gives the receiver 12 months to carry out his or her functions.

According to Karuhanga, BoU had 12 months within which to carry out the four functions which did not include suing.

In the other contentious issue where Sudhir and his Meera Investments are accused to transferring Crane Bank properties to Meera, his lawyers contend that under Land Act, a non-citizen cannot hold freehold property.

The majority shareholder in Crane Bank was White Sapphire Ltd, a company incorporated in Mauritius.

BoU’s lawyer Dr. Joseph Byamugisha in defence of the Central Bank submitted to court that when a financial institution is placed under receivership, the power to commerce or to continue with the civil suit does not stop.

Meanwhile Sudhir successfully petitioned court to block lawyers Kanyererezi Masembe of MMAKS Advocates, David Mpanga and Sebalu & Lule Advocates from representation in the case after court ruled that they were conflicted as they had previously served as his lawyers. But Monday’s ruling if in Sudhir’s favour will be the most important win.