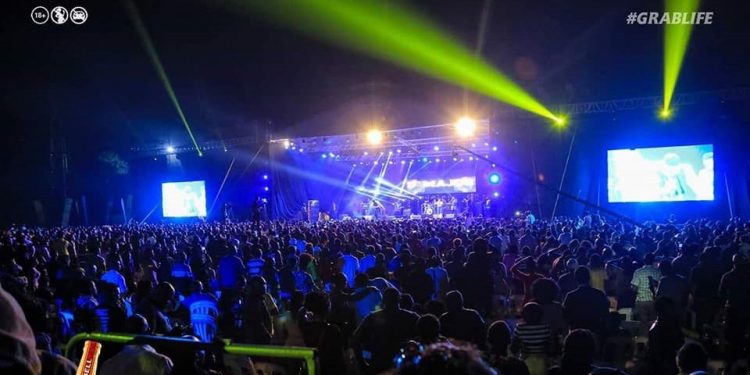 The Bell All-star Concert at Lugogo Cricket Oval last night was worth it for any party-goer that spent the night out standing and cheering. The show lived up to the hype as it was a powerhouse of beautiful vibes with great production and good sound.

The impressive show started as early as 6 pm with reggae vibrations from DJ Macelo. Bennie Gunter was the first performer to turn up the heat before more local artistes stepped on stage to thrill fans with their live performances. Vinka, Sheebah, John Blaq, Fefe Bussi, Nina Roz and Spice Diana among others all left the crowds buzzing.

At around 11 pm, one of the main acts of the night D Major stepped on stage to showcase his Jamaican musical magic. 30 minutes into his performance, he looked like he can still go on for over two hours.

The time for Christopher Martin to serve his sensational voice came a few minutes to midnight. Donned in an African print shirt and a white trouser, Martin served his fine musical buffet.

He performed his popular hits like Paper loving, Let go, Cheater, Friend dem and Big deal among others while he continuously dropped in some Luganda lines.