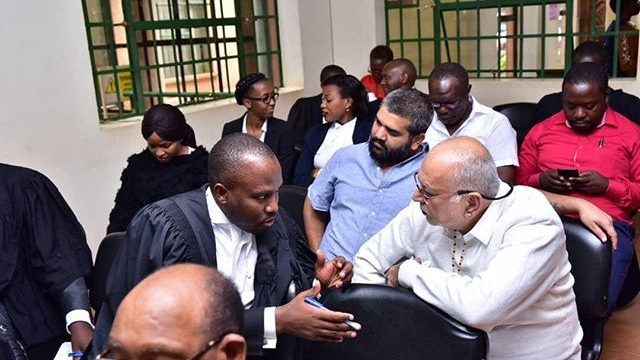 It was a good day in court for business magnate Dr. Sudhir Ruparelia as the Commercial Court dismissed the case Bank of Uganda had lodged against him, seeking to recover Shs 379 billion they alleged he had siphoned out of his now defunct Crane Bank.

The head if the Commercial Court Justice David Wangutusi ruled that BoU/Crane Bank (in receivership) did not have a legal basis to sue Sudhir.

Court also ordered that BoU pays costs of the suit to Sudhir.

On June 30 2017, BoU filed suit against Sudhir claiming he had siphoned Shs379 billion out of his Crane Bank. BoU had put the bank under statutory management in October 2016 citing undercapitalisation and sold it to Dfcu in January 2017.

BoU’s act of suing Sudhir led to a protracted court battle with counter suits from the businessman.

First, he argued that BoU’s act of suing him was a breach of a Confidential Sale and Release Agreement where non of the parties was to sue each other after he paid $8m (about Shs29.2 bn) to BoU. Sudhir sued BoU to pay him his $8m for breach of contract.

He also filed suit for court to dismiss the case BoU had against him because it was baseless.

Sudhir’s lawyers Kampala Associated Advocates argued that the case brought against their client by BoU and Crane Bank (in receivership) was baseless because when Crane Bank went into receivership, it lost its powers to “sue” and to “be sued”, rendering its suit against him a nullity. The lawyers premised their argument on the Financial Institutions Act (2004) which stipulated that a bank in receivership is not permitted to sue or be sued.

During the hearing in July, Sudhir’s lawyers submitted that  BoU had three options including putting someone else in its management – what is termed as statutory management, receivership or liquidation.

Counsel Elison Karuhanga argued that however, BoU chose to go for receivership yet under the law, specifically only the manager and the liquidator of the said bank is mandated to file a suit and not a Receiver.

Sudhir’s lawyers pled that court dismisses the ruling and Justice Wangutusi ruled in the businessman’s favour this morning.

Sudhir set to get back his disputed 48 properties

Meanwhile, BoU had also sued Sudhir and his Meera Investements over the 48 properties that accommodated Crane Bank’s Countrywide branch network. BoU claimed the properties were owned by Crane Bank and transferred to Meera, before being leased back to Crane Bank.

At the beginning of the trial, Justice Wangutusi had proposed arbitration between the two parties because the case could be costly to the loser, but Sudhir stuck to the case being heard, because he was convinced he had a solid case and the ruling in his favour shows he played his cards well.