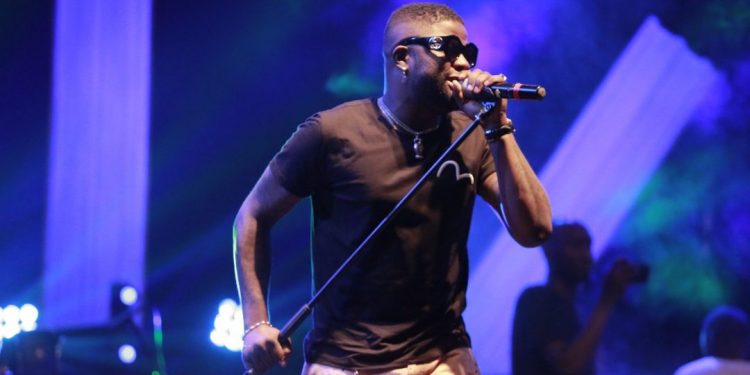 Nigerian star Skales last night put up a show-stopping performance that can only be described as magical as he transported fans to Lagos, Nigeria from the surroundings of a packed Lugogo Cricket Oval where the 23rd edition of Blankets and Wine took place.

Skales, who jetted into the country as early as Wednesday ahead of Tusker Malt’s much-anticipated Afro-based music festival was the star attraction of the day.

It was clear that fans of Blankets and Wine had one agenda; to party like never before with the ‘Booty Language’ singer as they excitedly sang along and danced to many of his all-time hit songs like ‘I am for Real’, ‘Shake Body’ and ‘Booty Language’ during his one hour performance including his fresh new songs like “Ego.”

As thousands of music lovers turned up for a night in concert with Skales, the fun fresh Afro-rhythmic performances from the Nu Kampala Acts did not disappoint with the likes of Gloria Achillah, Eli Maliki, Mugaba and Herbert Ssensamba who kept fans entertained during the first instalment of the music festival.

The better part of the evening had Uganda’s own main acts MoRoots take over the stage with the artists’ own unique “Future Afro-soul” music and Voltage Music delivering an electrifying performance for the crowds with songs like ‘Byafaayo’, ‘Pull Up’, and ‘Squeeze’, their hit collaboration with songstress Fille.

“Tusker Malt is always looking to bring our consumers an all-round 100% real and unique premium experience. This August edition had an amazing line-up as always and with December coming up, we will surely close off the year bigger and in style,” said Tusker Malt’s Kelvin Gumisiriza.

Blankets and Wine, a picnic style musical festival, remains one of the most popular events on the local social calendar and is the place to be for Ugandans who enjoy Afro-based music.