Winnie Nwagi, Vinka set to drop a massive collaboration on Sunday this week 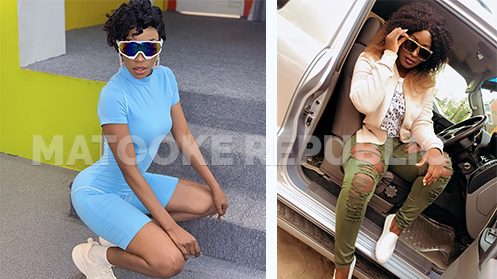 Ever since Vinka kicked off her music career in 2017, unconfirmed reports have been circulating that she is at loggerheads with Winnie Nwagi, with whom they share a record label that is Swangz Avenue.

Rumours indicated that the two were having cat fights since Swangz Avenue was pushing Vinka’s career and paying less attention to Nwagi’s. The artistes continuously came out to refute the reports but Ugandans seemed not to be convinced.

The duo has today gone another step to prove there is no ‘bad blood’ between them by sharing a glimpse of the studio session of their upcoming collaboration. It is a love song titled ‘Amaaso’, produced by Crouch from Jeeb Records.

Maybe this collaboration will finally put to bed all the beef reports. The song is expected to be released this weekend on Sunday, September 1, keeping up Vinka’s promise of releasing a brand new music video every month.

Winnie Nwagi, Vinka set to drop a massive collaboration on Sunday this week