SHOCKING! Rwanda gospel singer reveals he is gay, says it won’t stop him from singing for God because many people in churches are gay 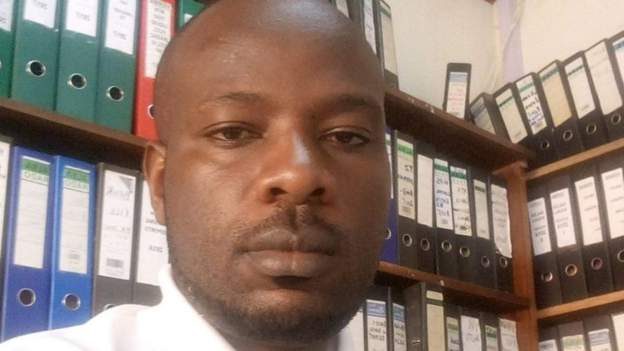 On Monday this week, 35-year-old Rwandan gospel singer Albert Nabonibo revealed that he is gay while appearing on a Christian YouTube channel.

Nabonibo received a lot of backlash following his shocking revelation mainly from his fans and the Christian fraternity. However, he appeared on BBC Africa television yesterday where he vowed to face the challenges in a culture that is hostile towards homosexuality.

Nabonibo said there are many people in church who are like him but fear to come out because of the negative preaching on gay people.

“The fact is they hide it because of the mentality of church-goers and the community and for their security,” Nabonibo told the BBC.

He stated that it’s time for people to know that being gay is normal as he said; “I feel for others like me who live in fear. They should go out to be heard, because we have to be received like other people out here.”

Whatever negativity he faces, Nabonibo said he will continue “singing for God.”

“I will live with those who accept me and those who reject me – I know it will be a daily battle,” he said.

Rwandan laws discourage same-sex marriages and most churches in the country preach that homosexuality is a sin.

Electoral Commission plans to have 35000 polling stations around the country, reorganization starts next week