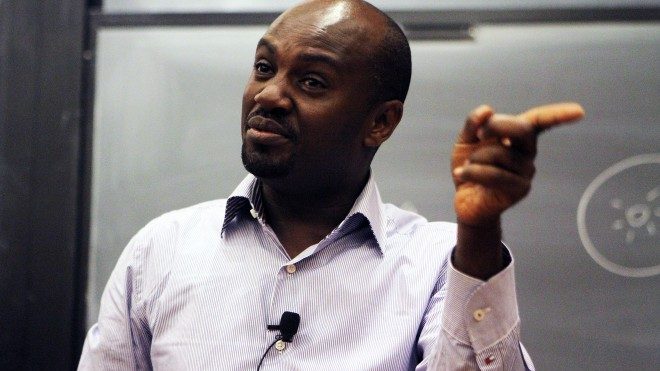 Mwenda has once again given his narrative about Bobi Wine’s People Power Movement supporters. He said the People Power is a cult of extremely delusional people who are one of the most intolerant movements in our country.

He asserts that the movement leaders and supporters believe they’re so cool and the only ones who love Uganda.

“It has no interest in policy but grabbing power. They think that emotions are sufficient to reform the country. They must distinguish themselves by their values but they have nothing to write about,” Mwenda said while appearing on NBS TV’s Frontline Show last night.

The veteran journalist accused the movement of being addicted to abuse, intolerance and false accusations. He stated that such tendencies will even hinder the formation of a united force against President Museveni.

“People Power can never accept a united opposition front; they feel they’re cool angels standing in front of everyone,” he said.

East meets West: Navio and Nigerian star Skales in studio for a collaboration