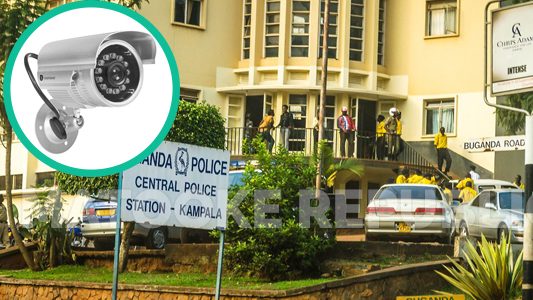 While giving an update about the murder of social worker Maria Nagirinya and her Boda rider Ronald Kitayimbwa at the police headquarters Naguru, Director of Information and Communication Technologies (ICT) in police, AIGP Felix Baryamwisaki revealed that it is in the pipeline to install cameras at police post reception counters.

“We are planning to put cameras at police reception counters,” Baryamwisaki said.

He said it will help capture officers who ignore people who come to register complaints.

“We will be able to see these officers and deal with them accordingly,” he added.

Before the camera plan is fulfilled, Police Political Commissar, AIGP Asan Kasigye advised the public to always alert police through its official lines when a reported case is neglected or when someone finds no officer to attend to him/her.

“Should you go to any police station and you don’t find any officer on duty, let us know through our known numbers so that we act there and then because this is unacceptable,” Kasingye said.

The new guidelines come after police today confirmed to have arrested its officers for neglecting a case reported by Nagirinya’s family.

Police spokesperson Fred Enanga said, “We believe several officers involved in this investigation acted negligently and were complacent. As a result, the Uganda Police Professional Standards Unit has arrested over 15 officers.”

Will Kenzo be performing? Rema sends him introduction invite

Will Kenzo be performing? Rema sends him introduction invite