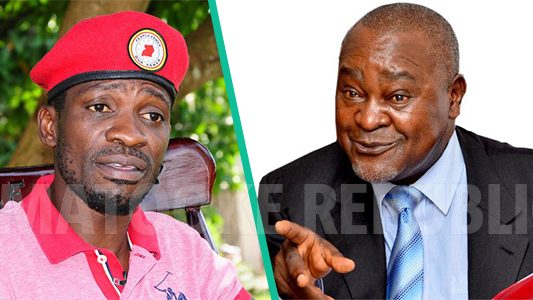 Former Vice President Prof. Gilbert Bukenya has given a mixed reaction on Bobi Wine’s ever-accelerating political momentum. Speaking while appearing on a local television interview, Bukenya said many politicians that are around presidential hopeful Bobi Wine are failures and opportunists.

Bukenya said Bobi Wine is the true ‘hope’ of Uganda when it comes to change but he must keenly screen people he is associating with.

“Most politicians in Uganda especially the old only associate with someone for personal gains,” Bukenya said as he advised the Kyadondo legislator to ditch old guns for fresh blood.

Having been part of The Democratic Alliance (TDA), a united challenge force that wanted to end President Museveni’s three-decade rule in the 2016 general elections under his pressure group ‘Pressure for National Unity (PNU),’ Bukenya revealed that the Ugandan opposition has more talkers than doers.