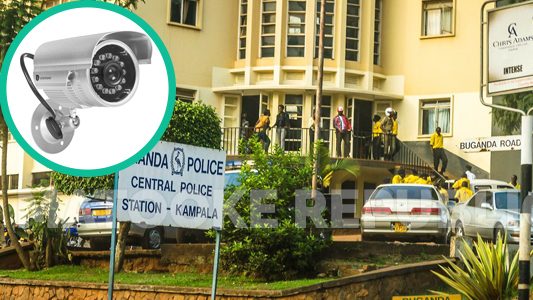 Several years ago, the only places where you would see CCTV cameras were on rich people’s perimeter fences, banks, government buildings and the airport. That is not the case today. The escalating crime rate in Kampala and its suburbs prompted government to procure and install CCTV cameras on every corner of the street, some highways, and dark spots. The situation changed from not seeing cameras in town to them seeing us.

Since the installation of this surveillance technology in and around town, there have been success stories and some bottlenecks which make one wonder whether Police and other security organs have exhaustively used these CCTVs to curb crime.

Before these CCTVs were installed, criminals were roaming around town like it was their house and they at some extent run it. CCTVs have to some extent instilled fear in criminals because they (criminals) now have it at the back of their criminal minds that someone somewhere is watching them and as a result, the crime rate has steadily gone down. Talk about steady progress.

CCTV footage has been used on several occasions to identify criminals. Examples of this include the widely reported gruesome murder of a bodaboda rider in Kakeeka, Rubaga division. The orchestrators of this heinous act were arrested by Police after investigations using this footage.

Another example is the Ziggy Wine story where Police released footage of how Ziggy was dropped to Mulago Hospital after an accident that rendered him unconscious. This helped Police refute claims that he was tortured and his fingers cut off before leaving him for dead.

Just yesterday, Police released footage captured by Automatic Number Plate Recognition (ANPR) camera where a yet to be identified man alleged to have kidnapped a one Nagirinya Mariam and her driver Kitayimbwa that were killed on August 28, 2019 was seen in a car. Investigations are in high gear to bring that man and his accomplices to book.

With all that in mind, the CCTV initiative is proving to be a success story and we are sure the bottlenecks will be fixed soon as more officers are trained on how to detect crime before it even happens.

There have been complaints from members of the public that some sections of the city are not under CCTV coverage, and that some police officers are sometimes reluctant to reply to people’s crime reports, as well as asking for ‘kitu kidogo’ before they swing into action.

Another worry is the quality of footage captured. On several occasions when Police has needed help from the public to identify criminals captured by these CCTV cameras, the footage is of poor quality making it almost impossible to identify them. We don’t want to think that the cameras are of poor quality, we will hugely blame the poor footage produced to poor lighting in the city.

After seeing how important CCTV cameras are, people are now asking government to find a way of subsidizing their prices so that they can be more affordable to be installed on their property. This matter has been discussed in Parliament already.

In response to the above, Police Director of Information and Communication Technologies (ICT) AIGP Felix Baryamwisaki said that Police is in advanced plans to install cameras at Police post reception areas to see which of the officers are involved in those allegations. There are also plans to install CCTV cameras in other parts of the country.