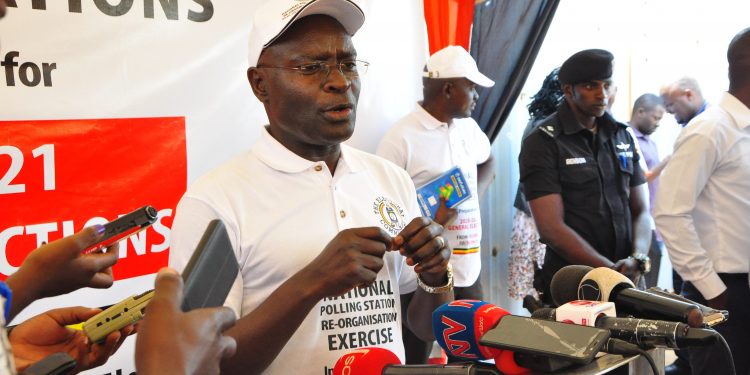 The Electoral Commission (EC) has today entered the second and last week of the reorganization of polling stations exercise that was launched on August 28, 2019 at the EC headquarters in Kampala.

This is the methodology employed by EC to make sure EC achieves its goal in the ongoing reorganization program.

Polling stations clustered into polling centers originally split on the basis of the alphabet are rationalized, then split and relocated considering villages where voters come from, and the optimum number of voters per polling station is applied. This may or may not warrant creation of an additional polling station.

Merging of the polling stations

If a parish has more than two polling stations and the total number of polling stations for the two does not exceed 900 voters, these are merged. The merger can only stay if there are peculiar issues like long distances to be covered by voters.

Relocation of a polling station

Polling stations in contestable areas like bars and people’s homes are relocated and renamed where possible. All this is done concurrently with merging and splitting of a polling station where need be.

Polling stations whose names have changed due to relocation and those that don’t portray the area name where they are located will be renamed for easy access and identification.

Updating villages on the register

Provision of correct village aligned using the Register of each voter on the National Voter’s Register to ensure that they belong to the right parishes and are allocated polling stations on the basis of residence as per list of the villages provide by EC.

Once this exercise is done, EC projects to have created and organized over 35000 polling stations for 2021 general elections.