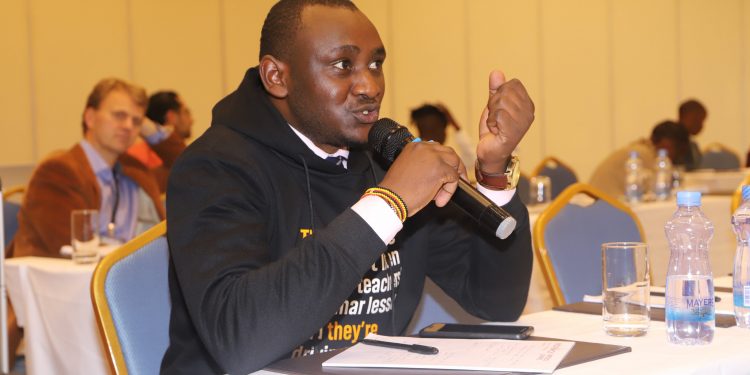 Our very own, Alex Taremwa will be joining a carefully selected team of media experts, academia and industry to discuss the future of journalism at a conference organized by the United States International University – Africa.

According to Prof. Paul Zeleza, the university’s Vice Chancellor, the conference starting on Wednesday, September 11, under the theme “Social Media Consumption: Trends and Practices” will discuss the opportunities and threats that tech platforms such as Facebook bring to the mainstream practice of journalism and how best journalists can use them to their advantage.

Taremwa’s paper in particular will focus on Facebook’s algorithm changes that have since 2015 ravaged the reach of news platforms across the world with some newspapers and publishers in Uganda enduring a drop in their media consumption by more than half.

This was based on Mark Zuckerberg’s post on January 12, 2018, in which he noted that Facebook was to intentionally reduce users’ access to public content especially from brands, businesses and the media so they can see more posts from their families and friends.

“We built Facebook to help people stay connected and bring us closer together with the people that matter to us. That’s why we’ve always put friends and family at the core of the experience. Research shows that strengthening our relationships improves our well-being and happiness,” Zuckerberg argued.

The idea, from Taremwa’s perspective was to get these brands to pay Facebook to promote their content so that the tech/media company can reap more profits than it is already making from advertising.

So every couple of months, Facebook tweaks the algorithm and media companies take the hit. Data from CrowdTangle, a social media monitoring company, shows that Facebook traffic dropped noticeably even at CNN, ABC, NBC, CBS, Fox News, The New York Times and The Washington Post after the company updated its algorithm to favour friends and family in June 2016.

With Facebook being at the heart of media content distribution in Uganda, media practitioners had to get creative not only with their content but also how to deliver that content to their audiences. This involved the use of live videos, content aggregation, optimizing for mobile and learning a thing or two about coding but most importantly, investing in understanding the consumption habits of their audiences.

Taremwa’s research is based on interviews with some of Uganda’s leading media experts, content creators, creatives and artists who use Facebook as their main content distribution channel focusing on how different they have had to do things to reach their consumers and how it has affected the monetization process of their content.

With the social media tax, the rise of Virtual Private Networks and the cropping up of several platforms for content distribution, Taremwa’s research concludes that Facebook’s algorithm greatly suppressed public engagement among the above publishers.

Taremwa will discuss this and more on an industry-led panel led by The Standard Newspaper’s Managing Editor Digital, Carol Kimutai, Safaricom’s Cherryl Onguru and Noella Musundi from Namu Communication Ltd.