I pay Shs400,000 ‘Kameza money’ every week – says Pastor Bugingo as he refutes ex-wife’s claims of not paying school fees for his children 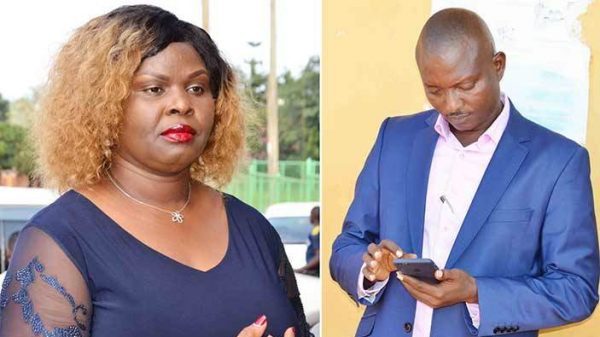 Earlier this week, Teddy Naluswa, ex-wife to House of Prayer Ministries lead pastor Aloysious Bugingo ran to the media and accused the pastor of refusing to pay school fees for his children.

The accusation caused mixed reaction from the public as others sternly blamed him for abandoning his children while others didn’t see the truth in Teddy’s claims.

However, today Pastor Bugingo decided to hold a press conference at his offices in Mengo where he gave his account about the matter.

Bugingo refuted the claims saying they are only intended to tarnish his image. He said it would be stupid of him to fail to fulfill his mandate of looking after his children at whatever cost.

According to Bugingo, he has regularly paid all the school dues of his children but it is only in this new term where he has not yet cleared.

“I haven’t paid because I have not yet received their bank slips,” Bugingo said.

He further revealed that for the last four years since he decided to leave their marital home in Kitende, he has endeavored as a parent to pay all the bills.

“I pay Shs400,000 every seven days to carter for their food. I also pay all the other bills like water, electricity and security bills among others,” he said.

However, early on Teddy said their two school-going children recently went to their father’s Salt Media offices to for school fees but were harshly chased out of the premises.

Museveni: There are no mafias in Uganda; those talking of mafia are wrong and panicky