It’s now going to be an eye for an eye, killers are going to be hanged – Museveni reacts on the recent murders 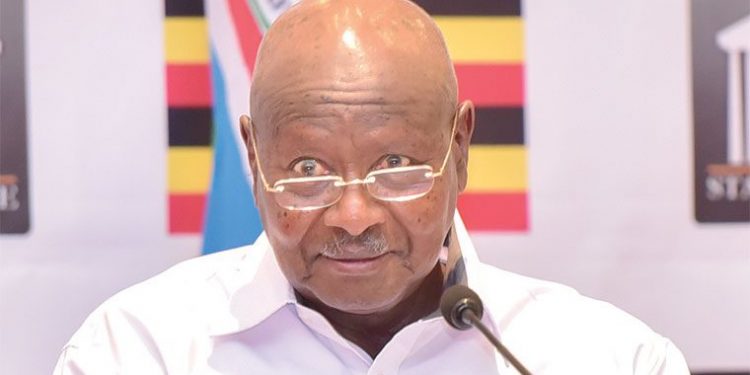 President Yoweri Museveni has reacted on the recent wave of kidnaps and murders. According to Museveni, although the installation of new modern anti-crime infrastructures is still incomplete, the criminals are in trouble because they will be tracked and arrested.

“With the modest investments we have made in the anti-crime infrastructure, the criminals are in trouble. Why? They are leaving behind many clues which was not the case before,” Museveni said.

Museveni stated that the new technology is helping to expose the weaknesses of the Police or the elements in Police that connive with the criminal gangs.

The President gave an example in the case of Nagirinya where he said she was kidnapped and the relatives immediately informed the Police of Kibumbiro Police post at Nateete but the officers on duty never reacted as mandated.

“They should have informed all the Police units and patrol cars and the camera centres about the type of car that had been hijacked. The cameras then would track that vehicle and those criminals would have been arrested or killed before they abandoned the car at Nateete,” he said as he revealed that all the officers have been arrested.

Museveni also blamed the policemen in the camera centres for sleeping on the job. He said they only wake up to “retrieve” pictures from the memory of the cameras.

“You are not only supposed to retrieve pictures that happened some hours ago. You are supposed to watch live and tell the patrol vehicles to act promptly. All these have been arrested. I have directed that all involved must be tried, sentenced, punished and dismissed from the Police. Moreover, they should never work in any government department ever, again,” he said.

On the new recommendations, Museveni vowed to take down all those who commit crime carelessly. He urged courts to always speed up cases of those who are suspected to have involved in murder, rape and terrorism.

He said, “The punishments must also be severe, including the hanging of killers. The NRM always believes in the Law of Moses: An eye for an eye and a tooth for a tooth.”

It’s now going to be an eye for an eye, killers are going to be hanged – Museveni reacts on the recent murders