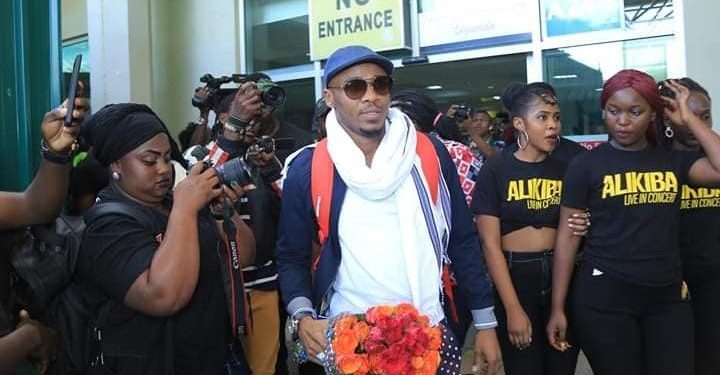 Kampala’s party lovers have another reason to prove that enjoyments know no rest as they gear up for a fun-filled live concert of Tanzania’s singer Ali Kiba who jetted in this evening ahead of his concert slated to take place Friday evening.

The catchy new party anthem ‘parte after parte’ that has been roaring all over the city’s streets and sending social media into a frenzy will yet again continue at the Lugogo Hockey Grounds tomorrow evening as Nexus Events and Tusker Malt ignite the party vibes to start off a lit weekend.

Ali Kiban will be performing live alongside Uganda’s favourite hit-makers Sheebah Karungi and John Blaq with Patrick Salvado as host who is surely going to tickle some bones into laughter during the concert’s break instalments.

This will be the second time the ‘Aje’ star will be making a public performance following his first concert in 2016 with the Blankets and Wine music festival.

Tickets to the show are on sale at shs30,000 for general, shs80,000 for VIP and a table at shs1 million and are available online at RGtickets.com and all Sparkles Salons including Nexus Lounge in Najjera.

Other sponsors to the concert are NBS and Capital FM.