Uganda to the World: Ugandan movie about Kony selected for the prestigious Oscar Awards 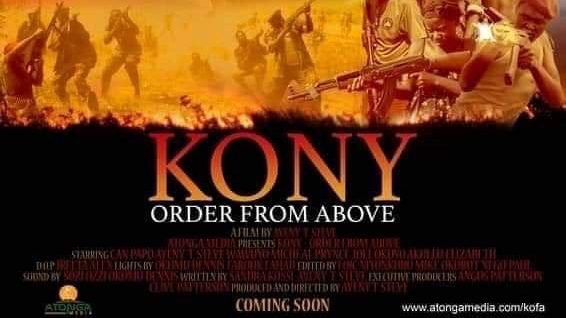 The Ugandan movie industry is enjoying steady progress (not to be confused with the NRM slogan) in the last decade or so as better equipment is being used to shoot the movies, more talented actors and actresses enter the industry and better stories are being told by the budding writers in the county.

All that hard work and investment has come to fruition as a Ugandan movie titled ‘Kony: Order from Above’ was selected on Wednesday September 11, 2019 by the Uganda Academy Selection Committee (UASC) to be considered for the most prestigious film and movie awards ceremony The Oscars.

The movie is based on true events about Lord’s Resistance Army (LRA) rebels and its leader Joseph Kony that destabilized the Northern region of Uganda for years but centres around two youths, Otti and Aguti who fall in love during the insurgency in Northern Uganda.

They are however separated when Otti is abducted at 11 years. While in abduction, Otti attempts to escape back home but his plans are foiled and tortured very time he was caught. He decides to stay in the bush with the LRA rebels and is soon introduced into the inner command circle of notorious LRA rebel leader Joseph Kony.

This development doesn’t faze off his love for Aguti as he regularly writes letters to her through the village reverend. During the LRA raid at Aboke Girls School, Aguti and other girls are then abducted.

The abductees are shown to Kony, and in an interesting turn of events, the ruthless rebel leader falls for Aguti instantly without knowledge of her relationship with Otti.

The movie is Uganda’s official entry for the 2020 Oscar Awards in the category of Best International Film, the first Ugandan movie to achieve that feat.

“The selection is only provisional pending the film’s fulfilment of all academy eligibility criteria ahead of the October 1, 2019 Oscar submission deadline for the country entries,” Godfrey Musinguzi, UASC chairperson, said in a statement dated September 11.

Musinguzi added that the film’s human story, universal themes and authenticity make it a unique piece of home-grown art worthy of celebrating on the global platform that is the Oscars.

The movie is directed by Steve T. Ayeny, and this news made him so happy, as he said, “I want to thank my crew, cast and everyone who supported this film. As someone who hails from northern Uganda, I wanted to tell our story our own way, just to spread love and encourage people to forgive each other, focus on the transition and development in Northern Uganda.”

Everyone at Matooke Republic congratulates the Director and his crew upon this achievement, and wish them all the best.

Gen Tumwine to people asking who sent them to the bush: “We sent ourselves to the bush but it’s the young generation enjoying the peace we brought”