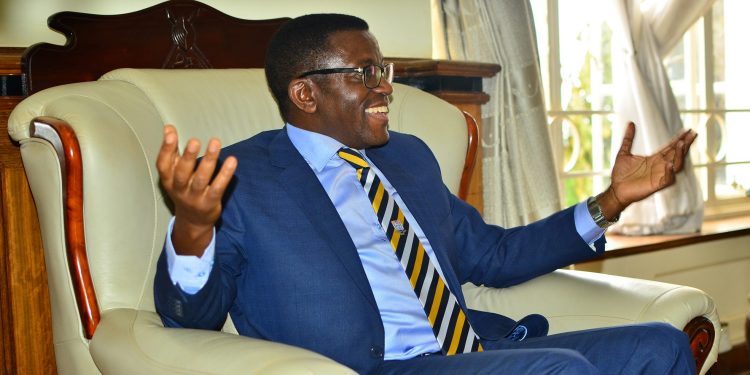 Buganda Prime Minister Charles Peter Mayiga will be the boss of the night at the 7th edition of Meet the Boss dubbed ‘Buganda Edition,’ this Friday, September 20 at the newly opened Kingdom Kampala.

The premier will be sharing his thoughts on Buganda’s economic potential and the investment opportunities the region has to offer in front of some of the biggest names in business and the private sector.

He attended Butale Primary School and Nkoni Primary School, then St. Henry’s College Kitovu for his O-Level education, St. Mary’s College Kisubi for his A-Levels and later joined Makerere University from where he holds the Degree of Bachelor of Laws (LLB).

The premier is also an author with books like ‘King On The Throne’, which chronicles the first 16 years (1993–2009) of the reign of His Majesty Mwenda Mutebi II of Buganda, ‘Buganda ku Ntikko’, a book in Luganda that states the five key kingdom aspirations and then his third book  ‘Uganda’.

‘Meet the Boss’ is a corporate networking platform sponsored by Tusker Malt that attracts entrepreneurs and professionals of all shades in Uganda with the aim of making networking and marketing easier while shining a light on outstanding individuals in the country.

Startimes rewards 6 loyal customers with school fees worth Shs500,000 each

Startimes rewards 6 loyal customers with school fees worth Shs500,000 each