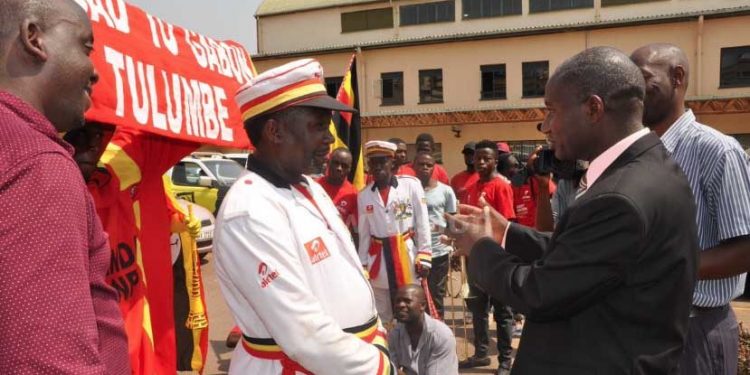 According to the state prosecutor Timothy Amerit, at about 8:30 pm on August 16, 2019, Tumusiime, a phone dealer at Mutaasa Kafeero plaza in Kampala city received a phone call from unknown persons that made him leave his house in Lubya zone. Hours later, he was seen moving with Uncle Money passing behind Royal Hotel, the alleged point where Uncle Money is said to have handed him (Tumusiime) over to stick-wielding youths led by the defence secretary Ssenyonga.

The youths are said to have beaten and kicked Tumusiime before uncle money transferred him to an unknown destination. A few days later, Tumusiime was found dead at the Mulago Hospital mortuary.

The duo denied the charges before the Buganda road chief magistrates’ court. But the state prosecutor told court that the investigations into the matter had been completed. Chief Magistrate Miriam Ayo Akello adjourned the matter to October 1, 2019.

MC Kats fired from bar for belittling bosses, taking drinks on credit and failing to pay for them