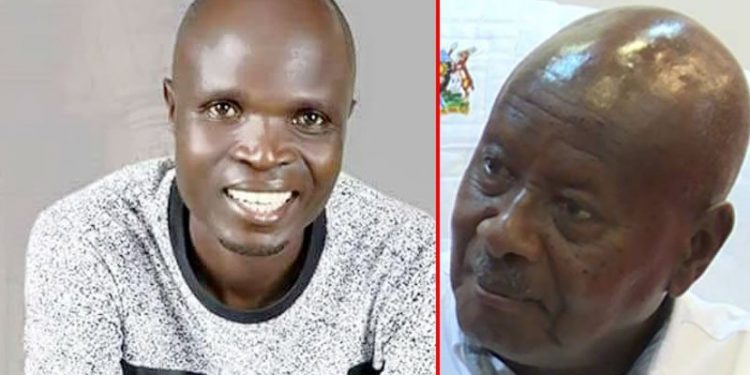 All was going well at Catherine Kusasira’s ‘Tears of the Woman’ concert yesterday at Serena Hotel until aspiring politician and singer Ronald Mayinja stepped on stage and performed his regime critiquing song ‘Bizeemu.’

Bizeemu compares the numerous evil acts that are currently happening in Uganda to those of the past regimes. Mayinja performed the song amidst silence from the audience.

However, after his performance President Museveni who was the guest of honour at the event addressed the crowds and he did not hesitate to comment on message in the song.

Museveni referred to the message in the song as false and misleading. He said the current murders and criminality in Uganda are not committed by government as it was in the past.

“We went to the bush because government was killing people. But currently it is the killers killing our people and as government we are on mission to fight them,” Museveni said amidst cheers from the audience.

He advised artistes to use their talent to deliver factual message to the public.

The star of the night Catherine Kusasira also blasted Ronald Mayinja for singing Bizeemu and requested him to apologise.