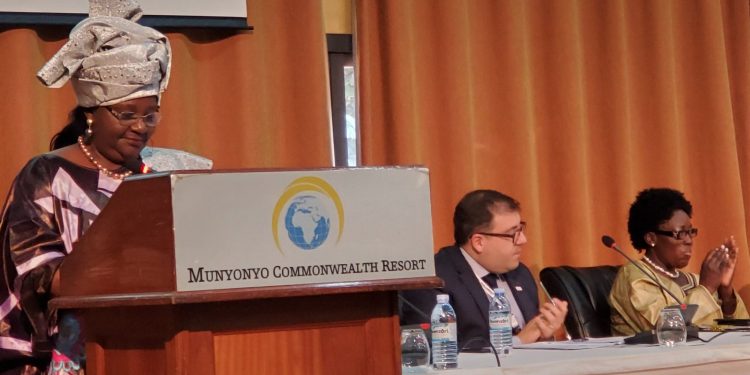 Entebbe International Airport and Parliament of Uganda officials led by Speaker Rebecca Kadaga were busy all weekend receiving delegates that flew in for the 64th Commonwealth Parliamentary Conference that is going to taking place from today September 23 to Sunday September 29, 2019.

The much-anticipated conference has kicked off today morning at Commonwealth Resort in Munyonyo closed meetings of the Commonwealth Parliamentary Association (CPA) regional secretaries.

The conference which is organized under the theme “Adaption, engagement and evolution of Parliaments in a rapidly changing Commonwealth” has attracted over more than 1000 delegates from 53 former colonies and territories of Great Britain and 20 of these are Speakers or Deputy Speakers of Parliament of their respective countries.

Hon. Emilia Monjowa who is the Deputy Speaker of the Cameroon National Assembly is the Chairperson of Commonwealth Parliamentary Association. In her opening remarks, she commended Uganda saying “evidence shows that the Conference will be a success” before adding on that they have been well cared for from the moment she arrived in the country.

Women Parliamentarians from Commonwealth member states are expected to look at progress made in advancing the position of women in society, highlight challenges and forge a way forward. Issues such as maternal health, economic empowerment will be discussed.

Ugandan artists, medical practitioners and other exhibitors are already at the venue to showcase unique products from Uganda.